Pollution and health risks exists at every point along the nuclear weapons’ development chain, from the initial mining and milling operations to the enrichment process, and finally from testing nuclear devices. In this two-part article I will examine each of those areas and the health risks associated with them.

In this second part, I finish discussing the health consequences of North Korea’s nuclear program by examining issues related to their underground testing. (Part I can be read here.) 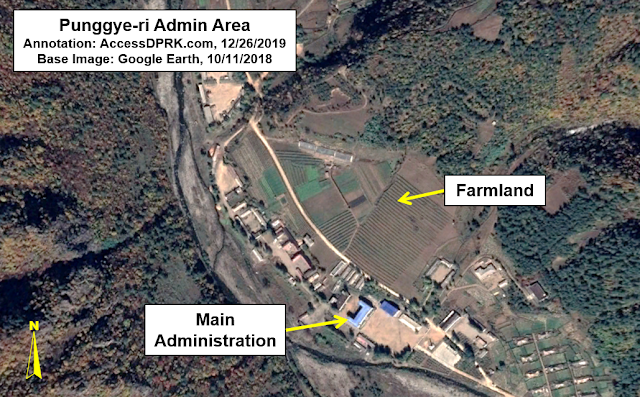 After producing the needed nuclear fuel and solving the other matters associated with creating a nuclear device, the next step is testing.

After decades of work the regime was able to test its first nuclear device in 2006. The underground test was carried out within Mount Mantap at the Punggye-ri nuclear test site. However, there is no such thing as a safe nuclear test, even when they’re underground. The original tunnel for the 2006 test was closed up shortly after the test as a result of radiation releases according to 38 North. Since 2006, five additional tests have been carried out in different tunnels. Further reporting indicates that another delayed leak was also detected as a result of post-tunneling activities in 2013.

Even under the best circumstances, underground nuclear testing still can release some radionuclides into the atmosphere. Less than optimal testing can pose a much greater radiation risk to those downwind of the test site. Initial radiation releases from a containment failure occur through “venting” but releases can continue for longer through “seeps”, where radiation finds its way out of the underground site through small fissures and openings in the overlying rock. Radioisotopes of xenon (such as 133Xe and 135Xe) are almost impossible to contain and can travel across the globe, as Canadian detectors picked them up after the very low-yield 2006 test. 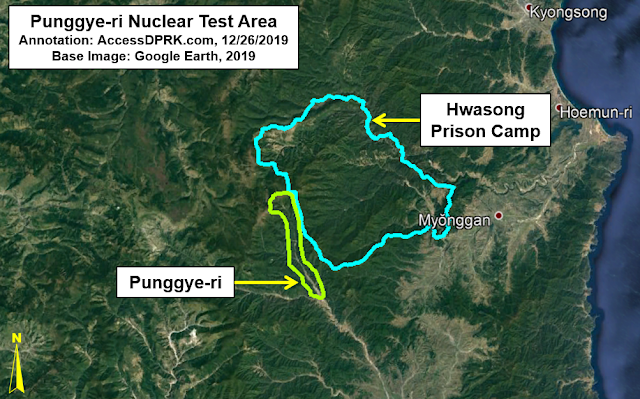 Punggye-ri is in a mountainous area with little population but the main tunnel entrances are less than 2 miles away from the boundary of the Hwasong Concentration Camp. Due to the extreme human rights violations facing prisoners, we can’t hear their stories or send professionals over to determine how much radiation they have been exposed to. Residents within the larger area, however, have been able get their experiences to the broader world.

In 2017, South Korea reported that four defectors who lived in the area around Punggye-ri showed signs of radiation exposure. Defector Lee Jeong Hwa, who lived in Kilju County, said, "So many people died we began calling it 'ghost disease’…We thought we were dying because we were poor and we ate badly. Now we know it was the radiation." Unfortunately, the inability to do detailed testing on people still living in the area and gather more definitive evidence prevents us from knowing the full effects of the testing.

Negative health impacts from underground nuclear testing is easily supported by looking at the results of underground testing in the United States. According to the US National Cancer Institute, some 2,800 annual cases of thyroid cancer within the US can be attributed to the “underground era” of 1962-1992, when the United States (and the Soviet Union) was limited to testing nuclear devices underground by treaty. While North Korea has only had a limited number of tests, those tests have increased radiation levels for the region and caused an unknown level of damage to the population. Of particular concern are the 20,000 Hwasong prisoners, who are also suspected of being used as slave labor to help dig the tunnels used at Punggye-ri.

The stability of portions of Mount Mantap is also of concern after six tests, and surface changes as a result of ground shifting have been studied in detail. The first two (of four) tunnels are likely to be unusable for any future testing. Worries over accidental radiation releases from collapsing tunnels spurred China to install additional radiation detectors along their border with North Korea in 2017 and at a newly constructed border crossing in 2019.
The other two tunnels exist to the west and south and have not been used to-date. Their entrances were demolished in May 2018; however, questions remain about the irreversibility of those closures.

Occasional rumors of a possible future above-ground test (for which there are very few potential testing sites) raises the stakes even more. Radiation would flood over Japan and would reverse decades of atmospheric radionuclide decline around the globe.

The known risks associated with the chemicals and processes involved in mining, milling, and enriching uranium, as well as in the production of other radioactive materials, supports the descriptions of illnesses as told by unrelated sources, each with first-hand knowledge of the locations discussed.

Despite the guarantees of the North Korean constitution and international law regarding the right to favorable working conditions and the right to pick one’s career (or to leave it), expert and defector testimonies, coupled with satellite imagery, paints a very different and dangerous story. It can be said that a major humanitarian and health crisis is brewing within North Korea as we know the substandard state of their nuclear program – not just in terms of technology but also safety.

Most of the facilities within Punggye-ri’s 17-kilometer-long compound still stand, waiting to be used again. Yongbyon continues to grow and thousands of additional scientists, laborers, and their families have been moved in under Kim Jong Un. The mines and milling plants still produce materials to be sent to enrichment facilities. And the regime keeps working on their abilities to deliver ballistic missiles to any part of the globe. It is clear that the sixty years of nuclear harm now affecting the tens of thousands of North Koreans who have worked to develop Pyongyang’s nuclear program over three generations of Kim will continue into the future, causing more harm, more sickness, and will likely require the efforts of multiple countries to finally resolve once the Kim Era is over.