UPDATE: According to Joseph S. Bermudez, Jr., the sites is actually a military vehicle training facility.

While I was continuing my mapping project, I found quite a surprise. Six miles (9.7 km) north of Panghyon Airport, near the town of Kusong in North Pyongan Province, is a brand spanking new air facility. 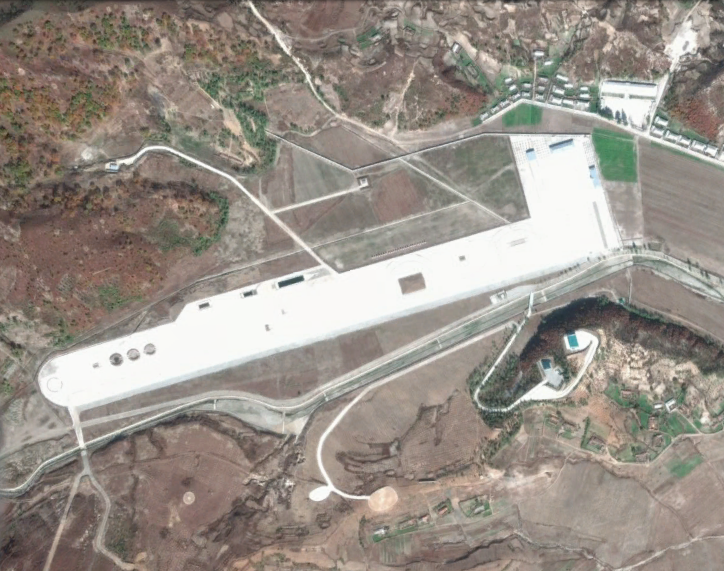 It has a little over 3,000 ft (914 m) of runway space and features two helipads. At the moment, it also has six bunkers (one of which is a large rectangular structure in the center of the runway) and the image suggests there will be two more.

Imagery dated May 27, 2014 shows that this airbase was created by Oct. 21 and was likely done as a military "speed" campaign. 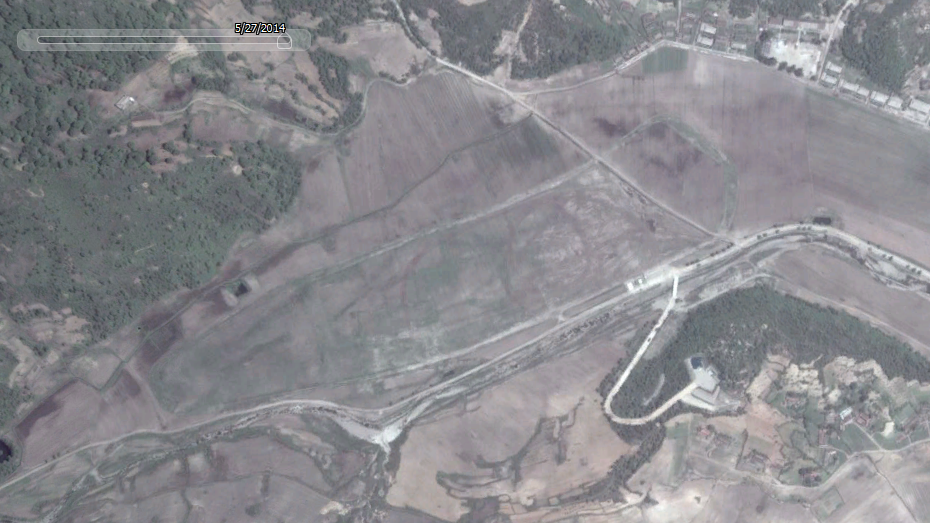 Here's another view of the facility. 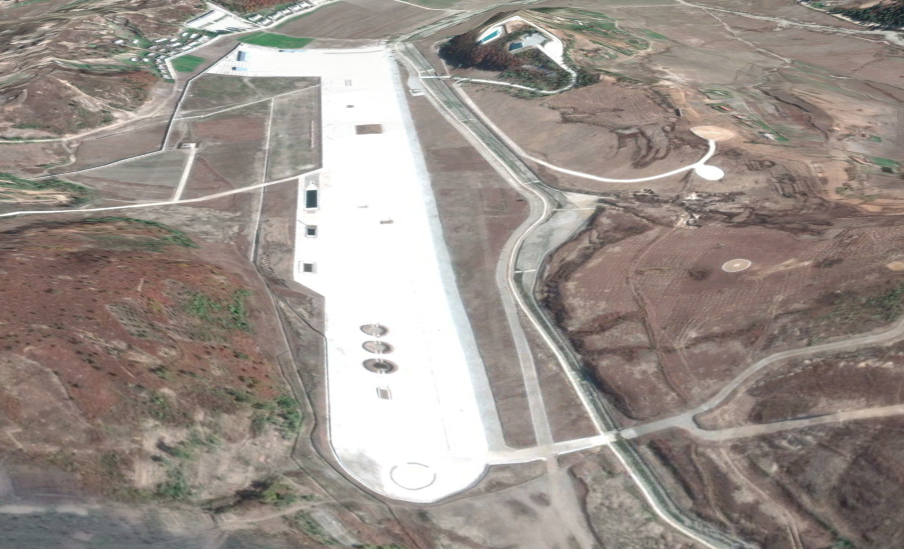 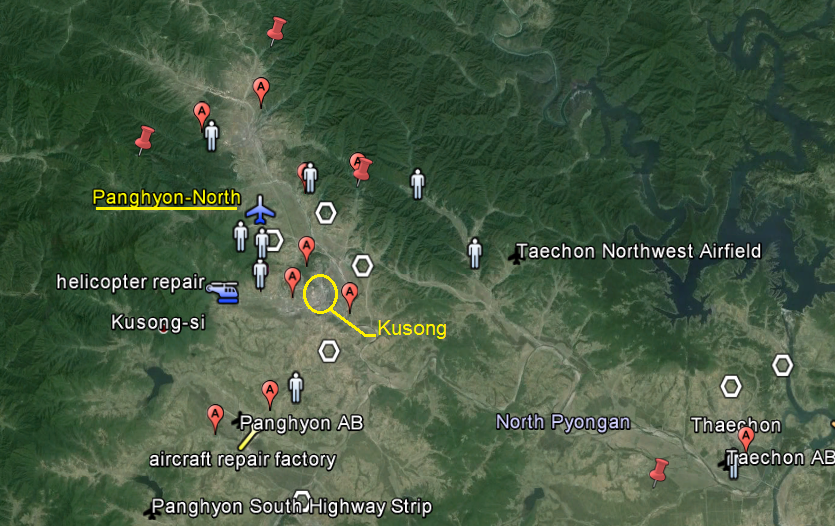 As the above wide-view satellite image shows, this new facility is surrounded by military units ("people" icons), artillery positions (red "A" icons), as well as other military locations and factories (hexagon icons).

According to the Federation of American Scientists, the region around Kusong is a "significant military industrial area" with multiple munitions plants. Some of North Korea's uranium mines also lie near the city and the facilities around Kusong played a role in the development of North Korea's nuclear program. Taechon Northwest Airfield also lies 8 miles (12.9 km) to the east.

Here are some additional close-up images. 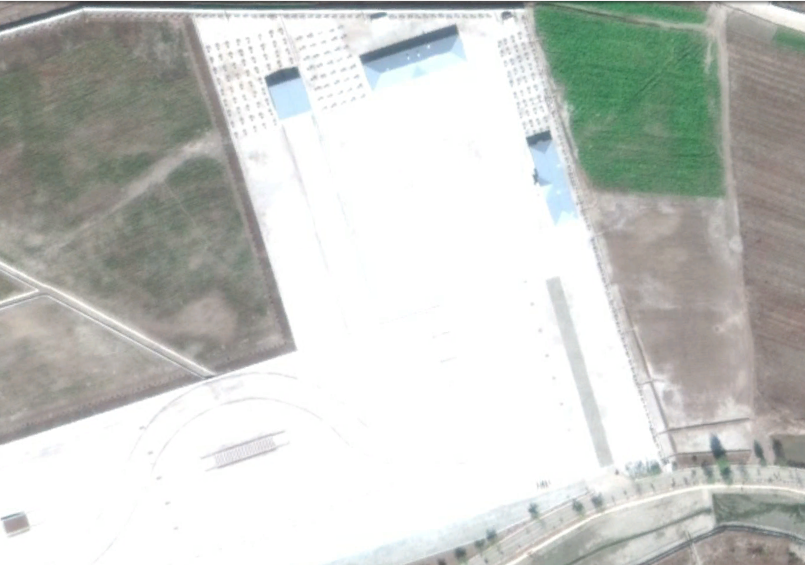 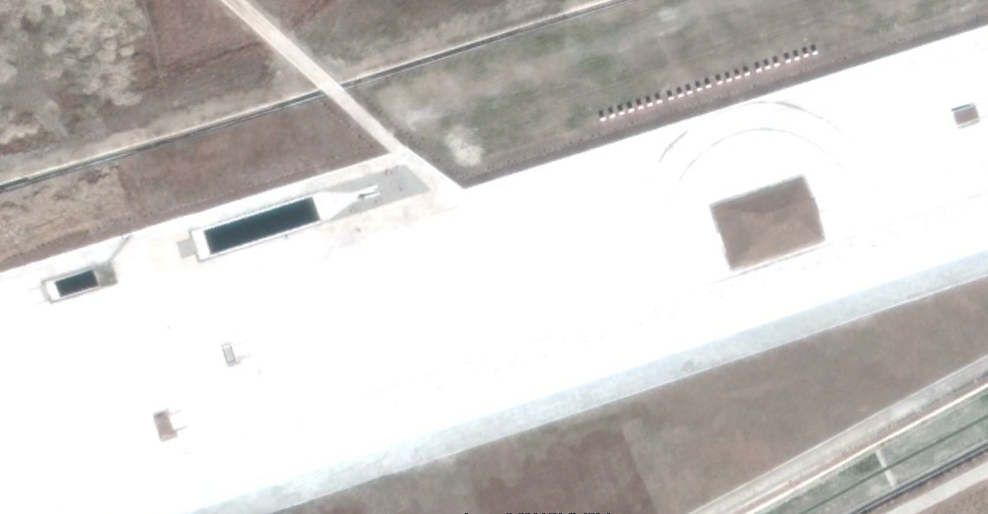 I also want to note that this new airfield lies less than 20 miles (31.5 km) from the abandoned Taechon 200 MWe Magnox Nuclear Reactor and 33 miles (53 km) from the Yongbyon Nuclear Research Center.