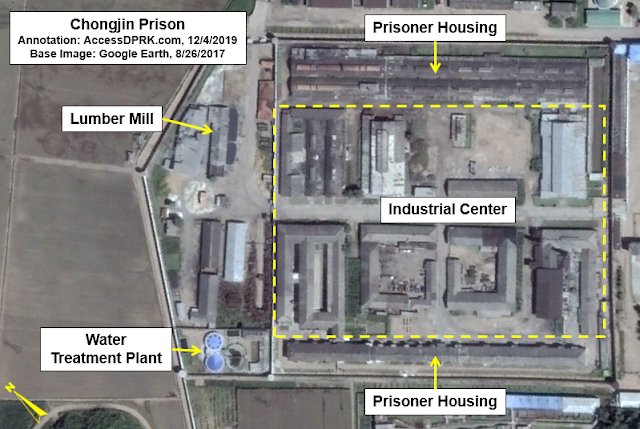 Chongjin Prison, officially known as Kwan-li-so No. 25, is a North Korea prison near the city of Chongjin. Unlike sprawling camps like Hwasong or Kaechon, which occupy many square miles of territory, Chongjin is relatively compact, with prisoner housing and forced labor facilities all within a single walled compound. The one exception being an agricultural area that is surrounded by a fence. 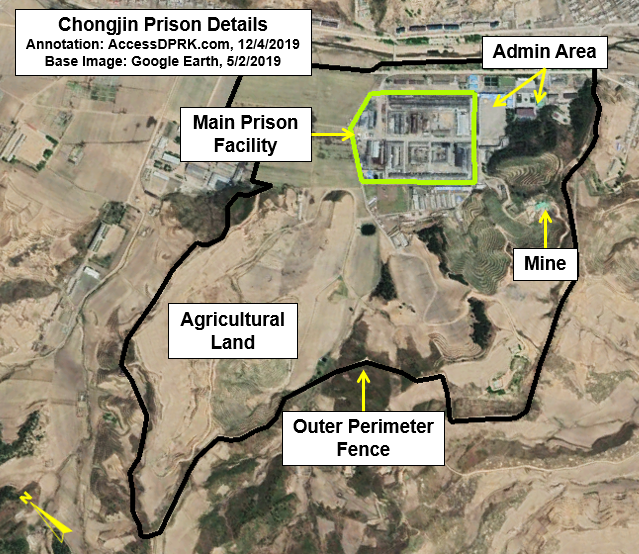 Chongjin has undergone various changes over the years, one of largest being an expansion of the outer perimeter in 2010, and then the addition of a mining site in 2014. The most recent change is within the light industrial section of the prison. 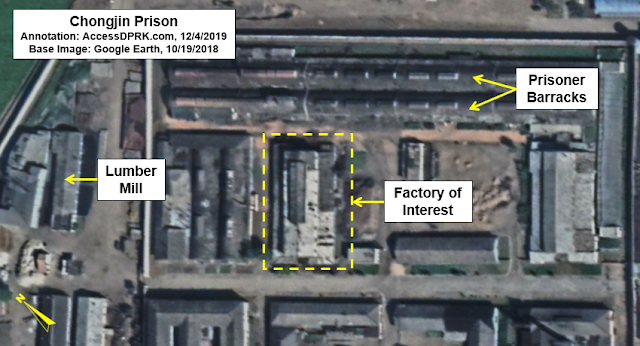 All North Korean prisons use forced labor to engage in a range of activities from agriculture and light industry to mining and sewing clothes and uniforms. At Chongjin, its 3,000 prisoners must engage in agriculture, livestock activities, mining, and light industry. However, major changes to one of the factory buildings has been ongoing this year.

The factory building in question is approx. 185 feet by 105 feet in size. Its initial demolition had begun by February 2019 and only the basic framing of the building remained by March 15. An apparent partial roof section was placed on the structure by April 5. Little else has happened as of July 22, 2019 which is the latest Google Earth image available. As of that time, the factory sits as just a shell and is missing the vast majority of its roof. 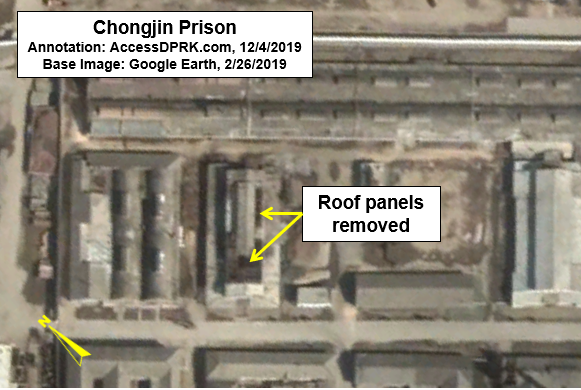 In this February 2019 image, you can see that some portions of the roof have been removed. 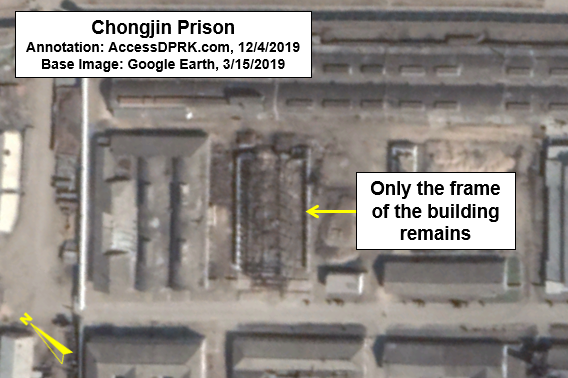 By March 15, only the metal frame of the building remains. The roof has been completely removed. 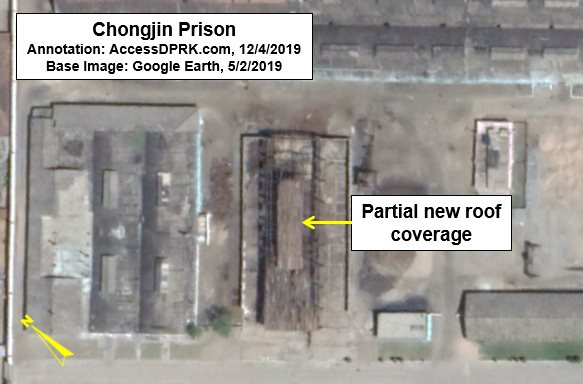 The addition of roofing material in May (no matter how incomplete) suggests that the factory isn't being completely demolished. The prison managers possibly decided to either change the activities at the building or to begin a process of renovation. As of July 2019, nothing else had changed since May.

With occasional rumors about various prisons being closed or large prisoner transfers, it's important to keep an eye toward any substantial changes such as this. One less factory could be an indication of fewer prisoners. However, I need to stress that that can't currently be inferred as the basic structure still stands and no other substantial changes to the prison complex has been identified.