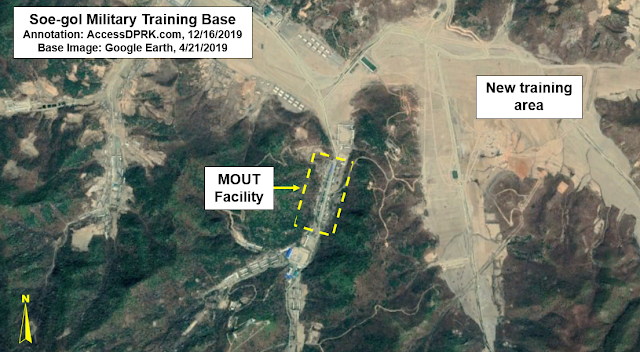 The Soe-gol military training facility in Pyongyang has undergone major changes in 2019.

The military base, which consists of a military operations on urban terrain (MOUT) section and open training grounds, may be most well-known for a set of military exercises carried out there in October 2016 which was caught on satellite imagery. 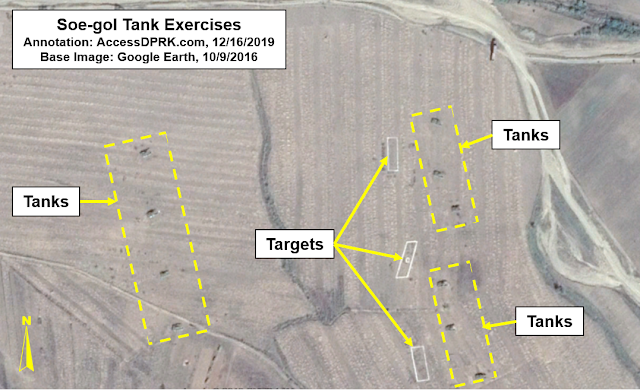 Situated near the village of Soe-gol, 6 km south of Kangdong, the base is in the process of becoming a major training center.

The base appears to have been constructed sometime around 2001-2003 and the MOUT facility had been built by 2005. Lying within the Pyongyang region, it is part of the Capital Defense Corps and is used to train some of North Korea's most important troops. 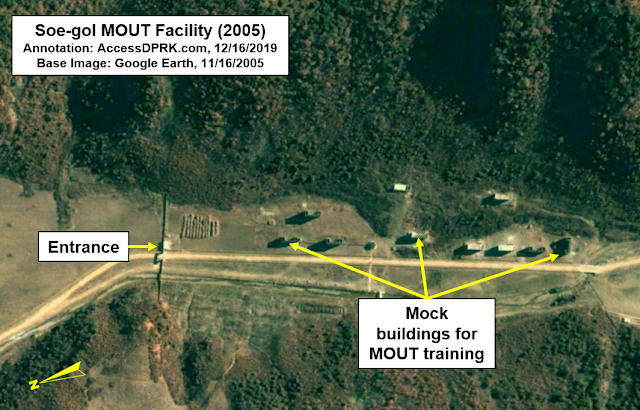 The MOUT facility has mock buildings aligned along a central "boulevard" and the first buildings constructed have designs reminiscent of South Korean architecture of the 1970s. Newer buildings have been constructed over the years and their designs reflect more current building trends in the south. 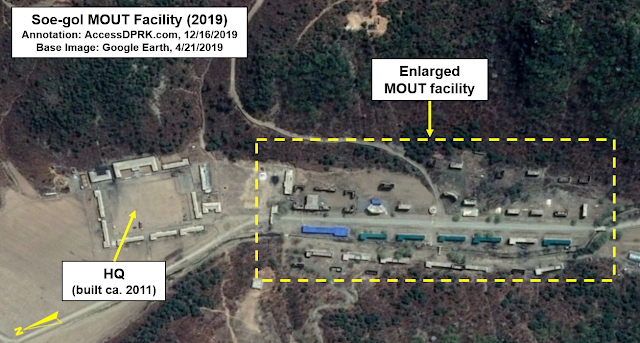 Between 2007 and 2011, the base underwent a first stage of expansion and another expansion stage occurred in 2016. These expansions saw additional mock buildings constructed at the MOUT facility and added targets at the smaller vehicle driving and firing range to the south. 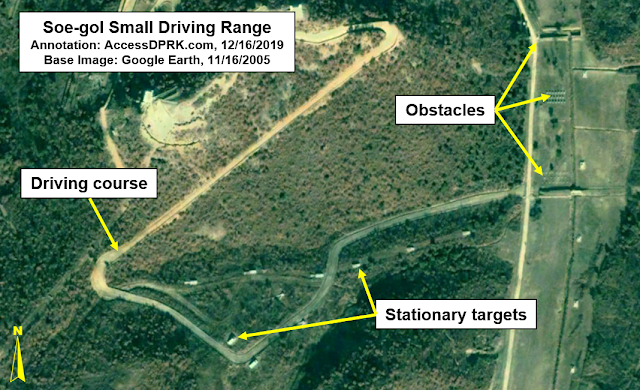 The driving and firing range has existed since the base was constructed and includes a short driving course, stationary vehicles for target practice, and a small number of obstacles. Other than the addition of painted targets in 2016, little else has changed. The entire original driving range (not all shown in the above image) covers an area of just about 0.25 sq. km.

The biggest changes have been ongoing this year and are located within the large open fields of the base complex. There were some minor changes made in preparation of the 2016 exercises, but the latest upgrades dwarf any preceding it.

The new driving range occupies approx. 1.7 sq. km. making it nearly seven times the size of the old one. It includes a main driving course consisting of two roads which total a combined 11 km when shorter, secondary paths are also included. 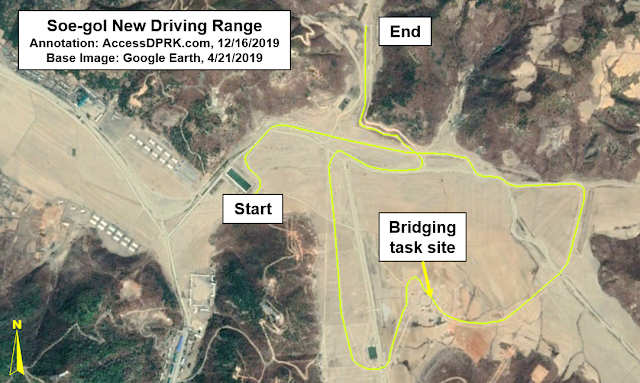 Image showing the general main driving course. There are two lanes (which occasionally diverge paths) as well as secondary routes. Taken together, they total over 11 km.

What I'm calling a "bridging task" is either one of two things, as I am uncertain as to its exact nature.
Trainees drive up an elevated road which isn't connected to the lower elevation continuation of the road. The most recent image shows a basic bridge crossing the gap. That bridge is either permanent but teaches recruits how to cross an unstable structure in heavy vehicles or it's actually a bridging operation where the recruits must place a temporary bridge (similar to the US Rapidly Emplaced Bridge System) over the gap and then cross over it.

This next series of images will show the construction of the training site. 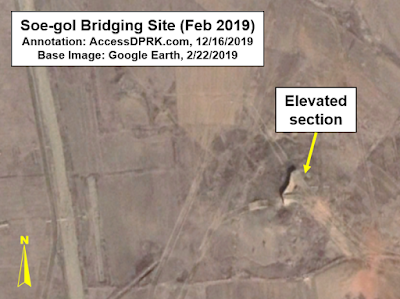 Construction of the elevated portion is underway in February 2019. 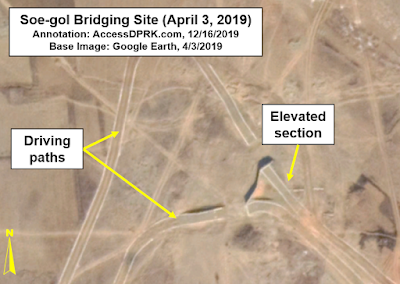 By April 3, the elevated section is completed and the roadways are being built. 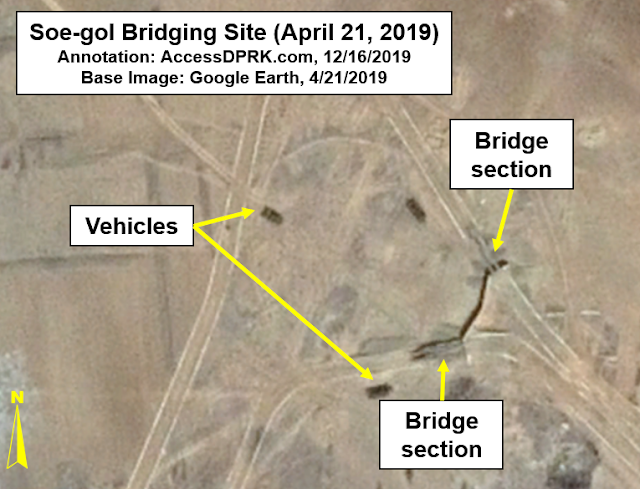 The crossing span at the two gaps is between 15 and 17 meters which is technologically possible with current bridging vehicles such as the MT-55A which has a folding bridge 20 meters long and is in North Korea's inventory.

As I have mentioned in previous articles, North Korea is much more than nuclear weapons. Their conventional forces continue to be a major regional threat and the regime is pouring countless millions into upgrading their capabilities and training capacity on the ground, at sea, and in the air.