Over Half Million Affected by Floods

Flooding during monsoon season is an annual problem for North Korea, especially given its mountainous terrain and poor land management practices. Heavy flooding in August is said to have affected some 600,000 people according to North Korea's Red Cross Society. Urgent aid was needed as winter comes early and harsh, particularly for those in northern areas (which also tend to receive less government attention and assistance in general). 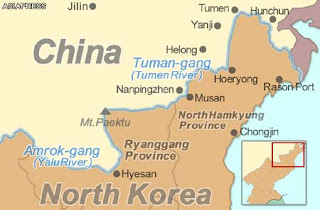 The primary river in the northeast of the country is the Tumen, which flows from Mt. Paektu and forms part the DPRK-China border and near it's mouth, the DPRK-Russia border. The river drains some 5,000 square miles (13,000 sq. km) of rugged and mountainous areas of North Korea.

According to the Korean Central News Agency, reconstruction has now finished in Hoeryong, North Hamgyong Province, including a new kilometer-long dike to protect against further flooding of the Tumen.

Here are some satellite images of the flood damage along the river, including the cities of Hoeryong and Musan. The occassional curvy and thin yellow line is the map border between North Korea and China. Simply click on any picture and you'll be able to see larger versions.

This is a before and after image showing flooding behind the old Tumen River Dike. It shows a new river channel and destroyed buildings.

Here is a picture of one of several portions of road that was washed out along a tributary to the Tumen in the Hoeryong region.

The next two pictures give a before and after view of a Hoeryong neighborhood that was completely destroyed by the floods. 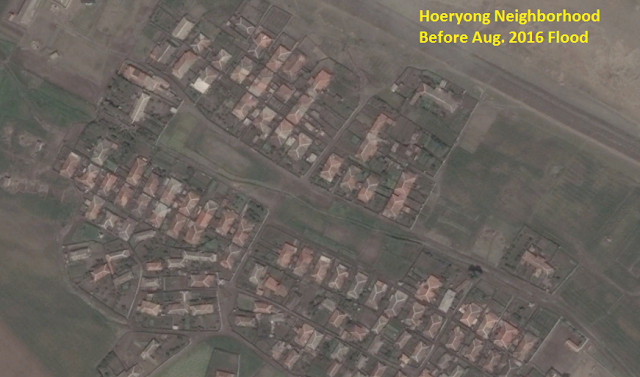 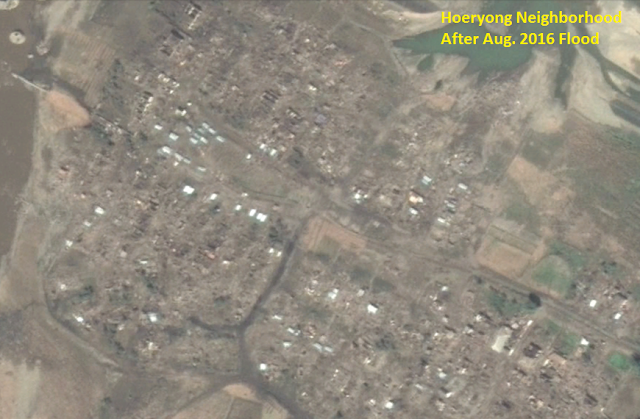 Nearby is the only non-rail bridge that connects that neighborhood to the rest of the city. The flood took out a section of it. 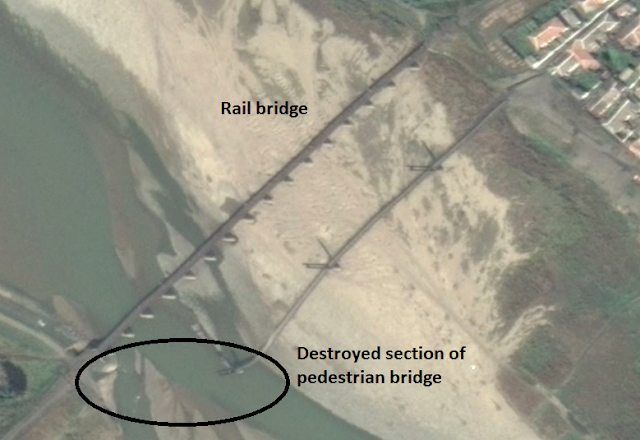 Moving up river, toward Musan, there's a section that shows distinct flood damage. You can see debris and mud built up in the river bed, discoloration of the land where crops were destroyed, and a road that was "smeared" out as the Tumen overflowed its banks.

Here is a small village that was almost completely erased.
Before the flood: 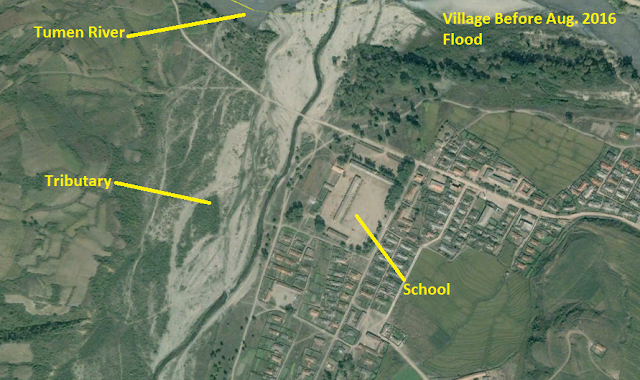 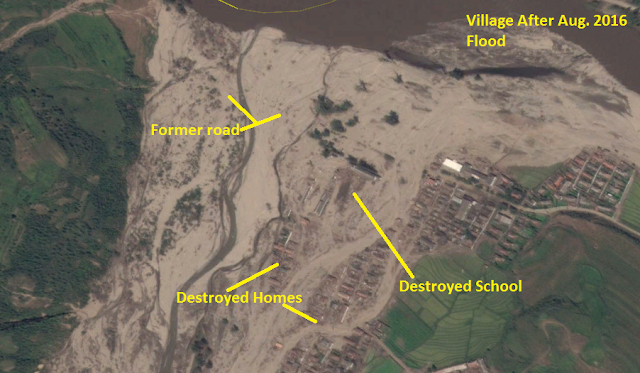 In Musan, the destruction wasn't limited to just a flooded river. Musan is a key mining city and sits in a series of vallies with steep hills and mountains surrounding it, there's a tributary river running through it and then, lastly, the Tumen cuts off the western side.

Here you can see buildings destroyed by the Tumen. 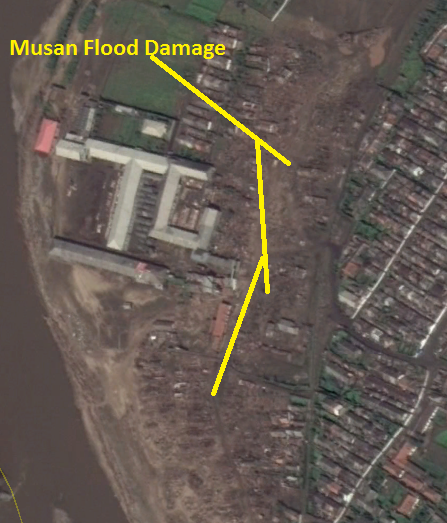 And here are homes that were buried in mud and rocks as otherwise dry ephemeral mountain streams turned into raging torrents. 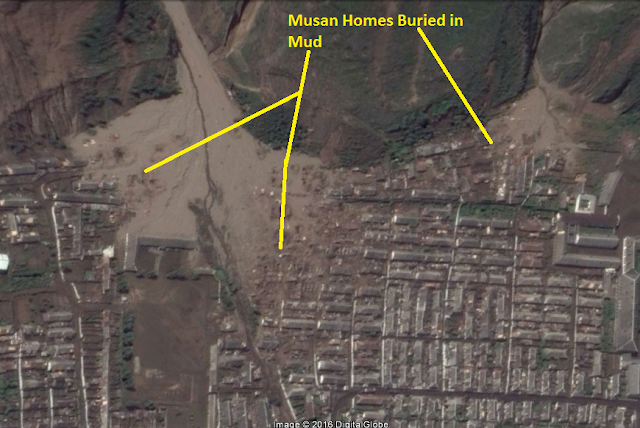 Finally, the Hoeryong border crossing facility was also severely damaged. At least two of the buildings suffered major damage and the land around the facility was wrecked. In the satellite image you can also see some of the construction equipment as the government tries to clear the area and make repairs. 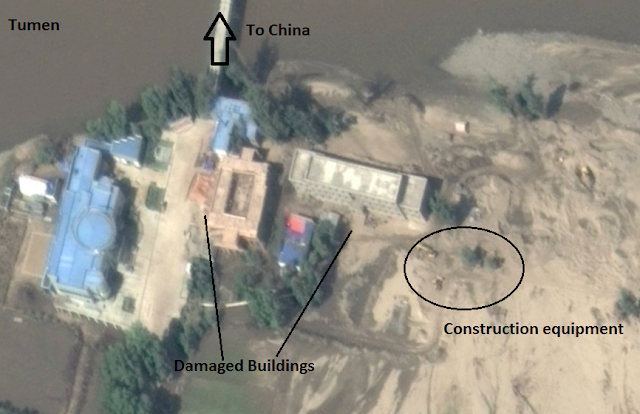