This last year marked a milestone for AccessDPRK, and thanks to your continued readership and the support of my Patreon supporters, 2022 will see some great additions to the project. 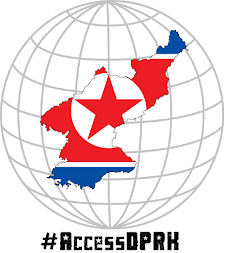 The biggest event of the year, of course, was the publication of the Phase III map.

The journey that led to the 2021 map began in December 2012, and after 7,000 hours of work, I was finally able to publish the final version of this nationwide map.

The Free Version contains over 61,000 locations of interest. The Pro Version includes an extra 3,400 locations along with added information on thousands of others. In terms of locating military bases, industrial facilities, and cultural sites, it's the most comprehensive map available to the public...anywhere.

For the AccessDPRK blog, I was able to write 21 articles and analyzed 116 images for those articles. I also started the Kim Jong-un's First Decade in Power biographical series which takes a look at his first decade ruling the country. The series is broken down into twelve topical articles and eight have already been published.

The top 5 articles of the year were:

AccessDPRK articles were also cited by Chosun Ilbo, One Earth Future Foundation, i News and various other UK papers.
The blog's 142 articles now contain the equivalent of 937 printed pages of material and include 938 images. I also added 65 images this year through Twitter that are not duplicated in the articles on this blog. In total, I've added nearly 500 Twitter images, providing a very large range of visual material for those interested.
Web traffic to the site increased by nearly 20% year-over-year. On Twitter, I added 185 new followers and AccessDPRK-related tweets earned 346,000 impressions. The year's most 'popular' tweet was one in response to North Korea's September 2021 cruise missile test and reported range.
As announced at the start of 2021, I also began working on a book. Thanks, in particular, to my Patreon supporters I was able to purchase several books and journal articles to help research for mine. The future book's current layout is broken down into three main sections and will contain seventeen chapters. Of course, this is subject to change.
Looking to 2022
The amount of work required to research and write the biographical series necessitated that I largely take a break from other parts of AccessDPRK, but once the series is finished, I will be focused on completing the watershed map and the map of DMZ trenches. I will also work toward editing and publishing the rest of the 31 'city briefs' that I have written on various towns across the country.

Afterward, I would really like to place more focus on research and writing my book. Although that may mean less blog activity, I will still be looking out for new changes in North Korea and if a topic piques my interest, I'll write a post about it. I currently have a list of 20 article ideas & drafts, so there shouldn't be a dramatic decline in regular content output. It just won't be my main focus.

I am constantly thinking about new rewards to add, one of them being that I am working on a kind of virtual tour of the country. But you can already get early access to new articles, monthly digests that feature information I haven't discussed publicly, you can have me analyze places you're interested in, and get access to multiple exclusive datasets. Plus, blog and Twitter mentions for any support at $3 or more.

If you believe in sharing facts-based information with the public about all aspects of North Korea (defense, culture, economy), please think about helping out. Every dollar really does help make this possible.

With that, I want to give a huge THANK YOU to my Patreon supporters throughout the year: Amanda O., Anders O., GreatPoppo, Joel Parish, John Pike, Kbechs87, Planefag, Rinmanah, Russ Johnson, and ZS.

Lastly, I want to wish everyone a wonderful upcoming year!