In Defense of North Korea Travel 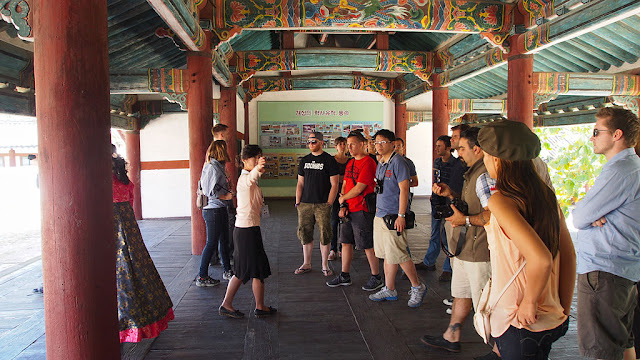 In September 2017, the US prohibited American citizens from traveling to North Korea (except under special circumstances). This move was ostensibly in retaliation for the horrific and mysterious circumstances surrounding the death of Otto Warmbier. Then in August 2019, the US State Department announced that foreigners who visited North Korea at any time since March 1, 2011 would no longer be able to qualify for visa-free travel to the United States. This newest restriction applies to several other countries as well, but it will make visiting North Korea an even more difficult decision for foreigners who also have family or business in the US.

The argument against visiting North Korea (or any dictatorial country like, Cuba, China, Russia during the days of the USSR, etc.) is that a person is giving money to these repressive regimes and that travel may even be a tacit sign of support. That the money raised by tourism isn't used to bolster their economies or help employees, but goes towards things like weapons programs. The other argument is that it's just too dangerous, especially for Americans.

If you couldn't tell from the title, I reject the idea that the risks of tourism outweigh the benefits. For one, on a purely philosophical level, I believe that every human being has an inherent right to travel anywhere they want to. (Even if the target country doesn't care about human rights.)
As far as safety risks, anyone visiting any country has to be aware of local laws, especially if they have laws surrounding culture, religion, or the leadership. Plenty of other countries have laws that would seem completely insane through the eyes of an American (like going to prison for insulting a king or dancing with a woman you're not married to), so North Korea isn't unique in having absurd laws. What's unique about North Korea is the extreme and severe consequences of breaking those laws. But in terms of the actual risk level, there have only been 16 Americans arrested in North Korea since 1999. I doubt the same could be said of any nationality visiting the United States.

Tour groups often give lengthy warnings about what not to do, and it should be common sense by now to avoid political and religious discussions, to listen to your minders, and to be as respectful as possible. North Korea is a serious place with serious consequences if you screw up, but statistically, an average tourist doesn't seem to be at much greater risk of being arrested than any other average tourist visiting a place like Saudi Arabia, Thailand, or Iran. In fact, the only group at a higher-than-average risk is ethnic Korean-Americans, particularly those who are Christian.


Getting to terms of economics, only a few hundred Americans visited North Korea each year prior to the ban. The total economic impact on the country from American tourists was likely less than $5 million a year.
If Kim Jong Un is anything like his father in his love for alcohol and parties, that money wouldn't even pay his annual bar tab, let alone be directly responsible for propping up a billion-dollar weapons program nor would it significantly boost spending on luxury items like cars and yachts. Indeed, under Kim Jong Il, the regime spent over $600 million a year just on luxury goods.
North Korea's sources of outside income is vast and includes countless illicit programs. Their cyber theft activity is estimated to have brought in some $2 billion over the years. So I don't buy the argument that the extremely limited American tourism industry to the country was having any significant impact on allowing the country to continue doing what it does.


On the other hand, tourism to the country offers many opportunities that further the goals of democracy and benefits the work of North Korea analysts.

The impacts of cross-cultural engagement can't be underestimated. A couple years ago I had the opportunity to travel to Cuba during the brief window created under the Obama administration (which has since been cut off under the current administration). It was a government approved tour to be sure, but I also got to see a decent amount of reality - not just propaganda. I saw trash in the streets, houses without electricity, and suburban neighborhoods in bad need of repair. I also saw a more managed Cuba with an immaculate downtown, loyal soldiers of the Revolution marching around, and people just trying to live their lives. What I didn't see was goosestepping civilians calling for the death of all Americans. In fact, after everyone got comfortable with each other, the message was pretty clear. Cubans recognize that problems exist and they don't necessarily mind overlooking complicated historical matters if it means having a less antagonistic relationship with the US, so long as both sides can open up and allow the Cubans to finally start moving out of the 1960s thanks to tourism and trade.

Actually getting a change to see the "evil" communist Cubans, Soviets, and North Koreans reveals that they are actually people, just like everyone else. They have their own individual desires no matter how hard the regime tries to subdue them and enforce the "collective-first" ideology. That individuality and their realization that North Korea isn't a paradise on earth, is part of a long and inexorable process that will result in the collapse of the Kim family. It is something that was only made possible by North Koreans seeing other parts of the world like, China and Russia, and from outsiders coming in with their fat bellies, modern fashion, and new technology. Being envious of Levi jeans helped fuel discontent among the Soviet youth and the same thing has been happening in North Korea.

The results of trading, especially with China, has been a flood of outside information flowing into the country. This information (largely in the form of foreign movies and TV shows) is seen as a major threat to the regime. It has broken the spell of the "socialist paradise" while also raising the expectations and dreams of the people. And each time the government fails at meeting those expectations and addressing the people's concerns, even more cracks form between government and citizen. And tourism allows each side to realize that the other is human, too. That Westerners aren't bloodthirsty devils and North Koreans aren't as brainwashed as mass media may lead us to believe.

While I have never been to North Korea, I have read countless accounts, watched a ton of video, and looked at loads of pictures of tourists from multiple countries and during different periods of time. No matter how tightly controlled the visit is, human behavior is universal. Once a level of comfort sets in, people start talking. Sometimes it's just a small amount chatting, but others results in a relative flood of information being quietly exchanged between people. This adds even more fuel to the fire that has severely damaged Pyongyang's ability to blackout information and to squash growing aspirations.

And all of those stories, pictures, and videos help shed light on scores of interesting areas, often inadvertently. They can show new buildings, verify the location of a factory or other place of interest, they show propaganda posters, which allows analysts to get a better grasp of what the government is telling their people (verses what they're telling the world) and where their current interests lie. They can also give us a close look at infrastructure, car and cell phone use, and even more mundane things like current fashions. All of this augments and helps verify what we can learn from defectors and satellite imagery - both of which come with their own problems. If you take away tourism, you take away thousands of new pictures and thousands of hours of video each year. To me, that seems to be the exact opposite of what the West has been trying to do: reveal as much as possible about a country run by dangerous people with nuclear weapons.