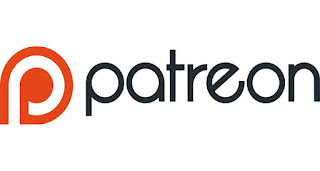 I began mapping North Korea in 2012 as a hobby. Since then, it has turned into an enormous project that has resulted in several important outcomes. Phase II of the national map became the most comprehensive map of North Korea freely available to the public. I was the first to report on a new missile test site at Tonghae, showed that the country has multiple stealth ships, released a data set of over 300 ancient sites in the country, and information from the project has been used to support RAND Corp. reports and others. And most recently, my post showing leaks of polluted material into the Ryesong river from the Pyongsan uranium plant is being discussed by Radio Free Asia, UPI, and others.

Unlike the bulk of North Korea analysts, I'm not part of a think tank with million-dollar grants or part of major news organizations. Everything I produce was created by my own efforts, drawing on years of experience and my library of over 21,000 pages worth of material. However, it does take a lot of time and energy. Getting new research material, accessing subscription-based sources, needing the occasional updated satellite image from companies like Planet Labs...it all takes money.

If you appreciate the work I do and would like to help support me in this endeavor, I'd like to ask for your patronage via Patreon.

Currently there are three levels of support, $3, $5, and $15. Each level comes with additional benefits, like receiving copies of articles 24 hours before the general public and being listed as a supporter on those articles (as well as "thank you" tweets).
I am also working on additional tiers ($20+) and rewards, such as granting access to exclusive data sets, which will be made available in the future.

Please consider helping AccessDPRK keep producing unique and relevant content that opens up the Hermit Kingdom to the world. I will greatly appreciate every drop of support.

The direct link is https://www.patreon.com/accessdprk

Email ThisBlogThis!Share to TwitterShare to FacebookShare to Pinterest
Labels: Patreon