In this day of guided bombs, stealth fighters, and rail guns, North Korea is holding fast to World War II-style "practical" fortifications to keep their country from being quickly overrun in the event of an invasion.

After the Korean War, Kim Il Sung ordered that the country be made into an impregnable fortress. To that end, anti-tank walls, dragon's teeth, and concrete "fall barriers" (tank traps) were constructed all over the country, especially along the coast and DMZ to defend against invading forces.

The country's road system was also intentionally left in a poorly developed state to hamper the movement of heavy vehicles and tanks which would instead get stuck in the mud or squeezed into choke points to be picked off by North Korean forces. 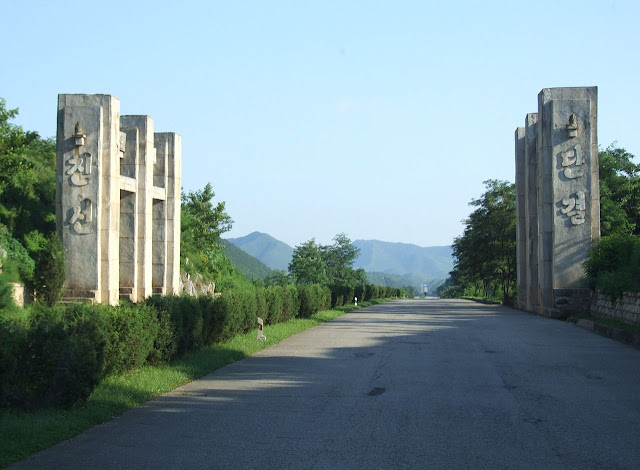 Some of these anti-tank fall barriers, which consist of concrete blocks stacked precariously on top of each other waiting to be toppled into the road to prevent tanks and other equipment from moving forward, are even placed at key points within the interior to protect mountain passes and other key transit sites.

While dragon's teeth and anti-tank ditches have largely been left to decay over the decades (with many sites being completely useless today), Kim Jong Un has continued to construct tank traps. 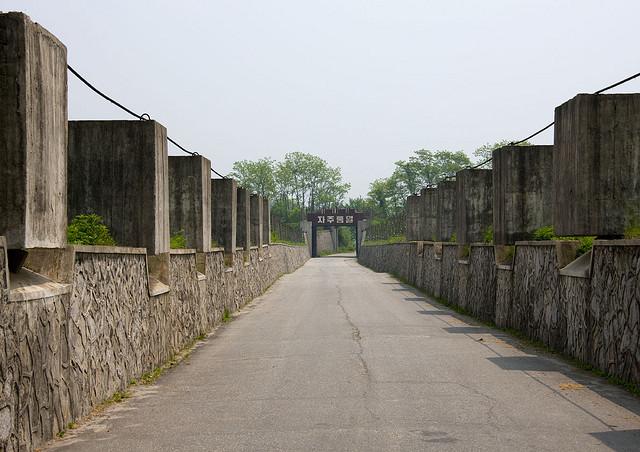 Another common fall barrier design. Image taken near the DMZ.


In 2017 with the publication of the #AccessDPRK Phase II Map, I had identified over 500 tank traps around the country - 198 were located near the Demilitarized Zone. Since then, I have located several others that I missed but I have also found a number of them that have been installed in just the last few years (while most others have been around for decades). 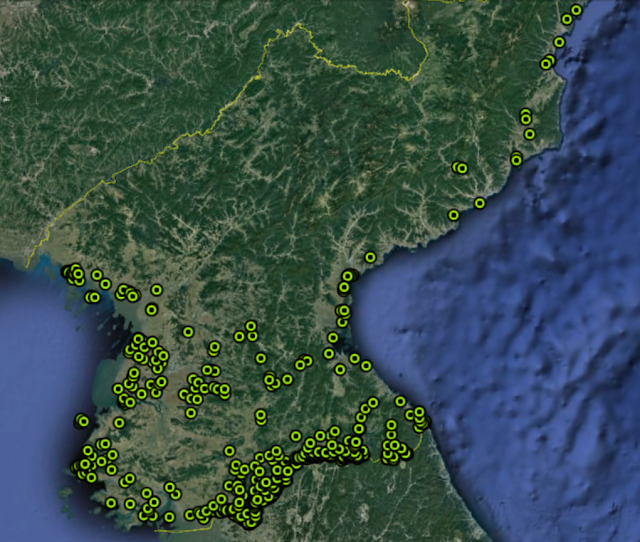 Map of all identified tank traps as of June 2020.

As the map shows, tank traps have been positioned along the DMZ and coastal regions to stall any invasion. Pyongyang is also protected by groups of them to the east and west (as the southern approaches are already protected by the DMZ).

Below are four new examples of these barriers that have been installed since 2015. 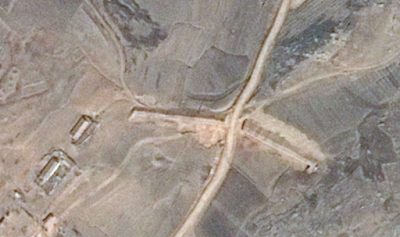 Anti-tank wall and tank trap under construction on March 18, 2015. 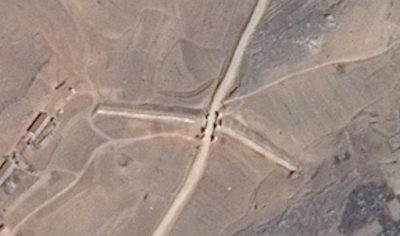 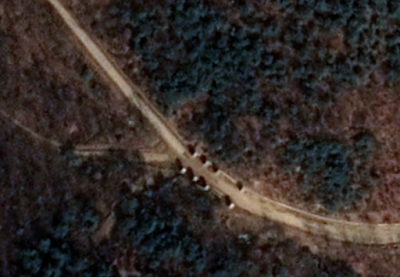 
Two have been constructed near Myongchon. One in 2015 and the other in 2018. They block two points along AH 6 and is part of the main system of tank traps in North Hamgyong Province that defends the main transportation routes. 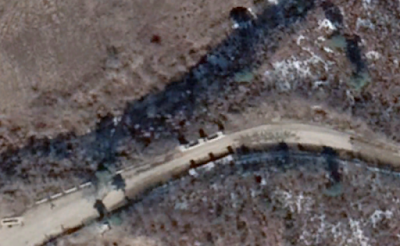 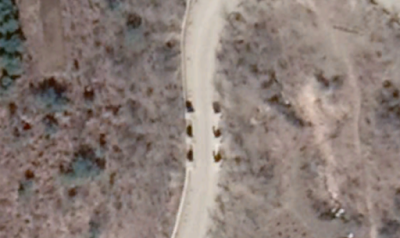 These are all similar to most other examples in the country and are meant to be able to block the width of regular country roads (which are predominantly unpaved). There are some examples of much larger road blocks, however.

This is a set of four blocks on the eastern approach to Pyongyang along the Pyongyang-Wonsan Highway. Since the road is wider than most, the blocks are taller; approx. 30 feet in height (compared to ~15 for most others). 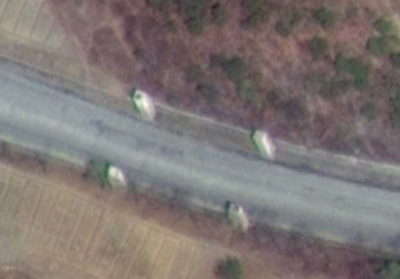