First, I have set up a dedicated "Google Site" to host my KMZ files. This way I don't have to wait for moderators to approve them and can easily publish updated versions. The following areas have been completed:

You can find them all here https://sites.google.com/site/mynorthkorea/files

(NOTE: the above areas have been substantially updated since this post was published. The new files will all be released sometime around Dec. 2015 and early 2016. Please check newer blog posts for additional updates.)

Now, I'd like to introduce you to the Ryongsong Residence (also known as "Residence No. 55"); the main palace compound of the Kim family.

Originally built in 1983 by Kim Il-sung, the compound is heavily defended, contains multiple houses (for the Kim family and ruling elite), man-made lakes, a private train station, is supplied power via 3 (known) substations, and much more. Outside the complex lies several anti-aircraft artillery sites and within are numerous underground facilities aimed at keeping the military functioning in the event of a nuclear war. It is also rumored that there are minefields in and around the compound, but I have not been able to verify their locations.

This gives you the location of the complex in relation to Pyongyang proper and the main airport. This image also shows the outline of the main outer and internal fences. As always, simply click on an image for a larger view. 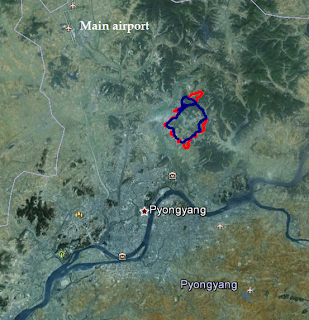 Here is the area without any markings: 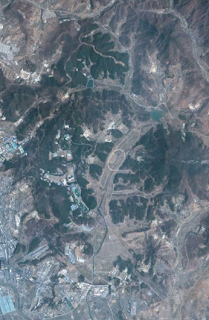 A up-close image of the fences. Red is the outer fence, purple is the main fence which is actually several electrified fences, walls, firing positions, etc. which encircle the compound as a thick fortified band. 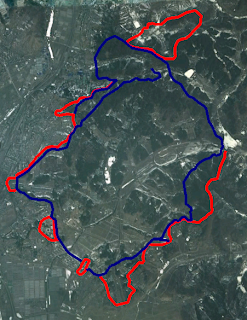 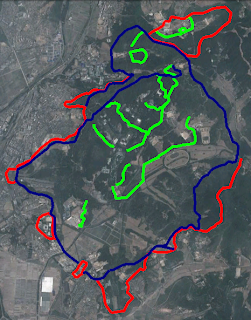 There are other fences and walls inside the complex which usually surround various buildings, greenhouses, barracks, etc. I have not marked those as they are difficult to fully discern and are rather numerous.

This shows you the location of the defensive ring around the compound which includes 15 AAA sites and 1 HARTS (hardened artillery site) position. These are only the ones closest to the complex, if you were to zoom out there would be more and more of them which are a part of Pyongyang's overall defensive network. 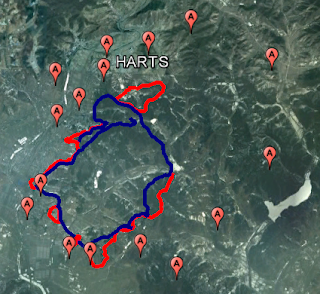 Here is a map of the multiple guardhouses and gates. There are also at least 2 berms (denoted by the square icon) which would prevent tanks from being able to rush certain areas. 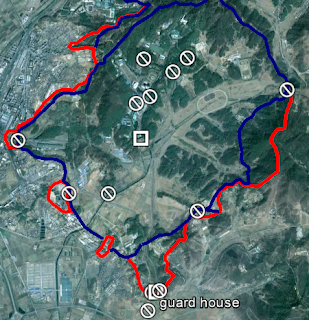 This close-up gives you a better understanding of where the main residences are located and the layout of the internal fencing system. The blue circle denotes a bunker. 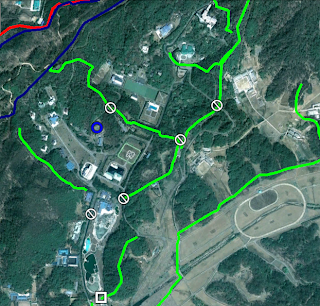 Here you can see the main fence design as it snakes across the image:

The location of the 3 substations. It is possible that there are underground power supplies but obviously, you can't see them from the air. 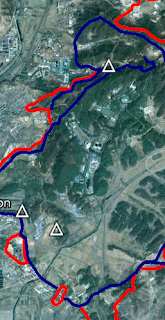 Here is an example of a livestock area within the compound (probably chickens or pigs). The compound, like a small city, is surrounded by agricultural, livestock, and military units. The building to the right is one of the substations. 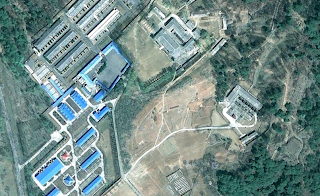 This shows you some of the bunkers and underground facilities. 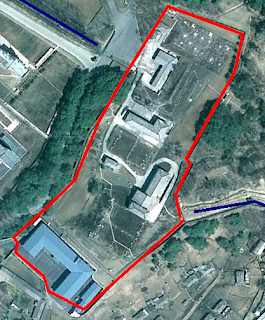 The Kim family have long held a fascination with horses and so, they have their own horse track. You'll notice the single, small viewing stand. The main horse arena with stables: 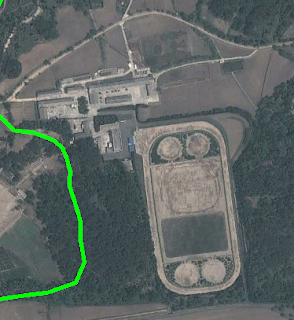 Some of the smaller residences: 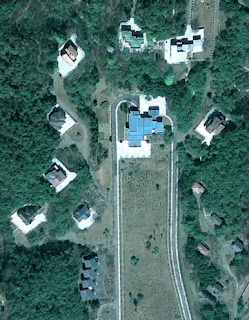 These 2 buildings are the largest single residential structures that have been on the property. 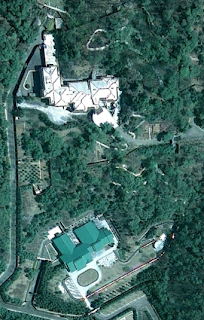 Here we have the main residence of the Kim family. The man-made lakes are a staple of the many official residences scattered throughout the nation. The distinctive geometric walkways over the lakes are likewise a mainstay of the palaces. 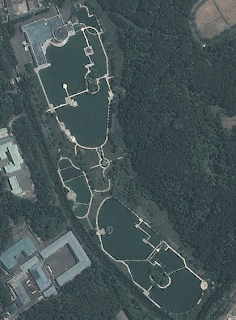 And now we get to see a bit of fun, a pool with a rather wild looking water slide: 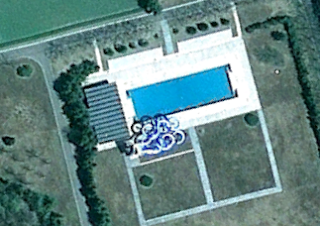 Over the years the complex has undergone many changes and since 2009 there have been a number of them. The structures below were built between April 2009 and October 2010. These are located immediately adjacent to the livestock area and occupy the field to the center-bottom of the image I used for that site. 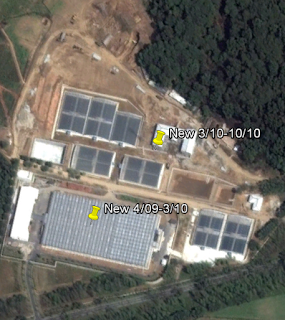 A number of homes were destroyed between April and September 2011, and after the death of Kim Jong-il, Kim Jong-un ordered the destruction of many (but not all) of his father's palaces and villas, as well as those homes belonging to those who did not show proper loyalty to Jong-un after his rise to power. The demolished homes have their approximate date of demolition, two of which may be candidates for Jong-un's demo project. 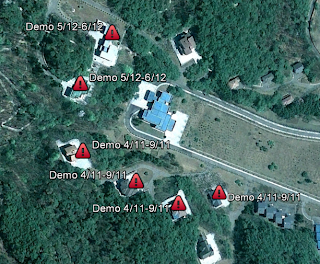 This large residence was demolished after the death of Kim Jong-il. You'll notice that it is one of the larger homes I showed you earlier. 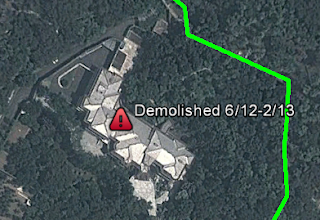 The money spent to build and maintain this complex, along with all the others, cannot fully be ascertained. But given the fact that anywhere from 1-44% of the nation's economy is spent solely on the cult of personality that pervades North Korea, one can suspect that the finances used for these palaces are placed at a far higher priority than that of the starving and tortured average North Korean.