I was going about my business mapping North Korea when I came across an odd set of trenches, and then more of them and more. After looking at their design it became somewhat obvious that these were new hardened emplacements for artillery.

This map gives you a broad view to help you understand their location with respect to well-known cities and islands. 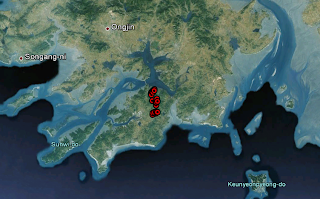 In all I found 21 new sites as well as 1-2 more in the process of construction. Some of the placemarks represent two sites which are side-by-side, in total there are 24 of these "tunnels."

Here is a close-up map of all of the new locations:

They all have the same layout, a curved entrance with a "pad" in front and they're all dug into the sides of hills. This is a detailed image of several of them in a cluster. 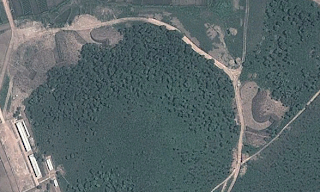 Also, the area has had a fair amount of new construction with new roads and new buildings. 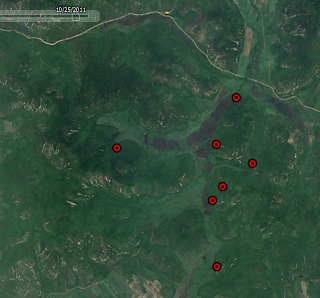 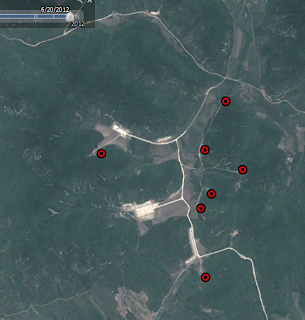 A close-up of some of the buildings:

And finally, a detailed image of the northern most region: 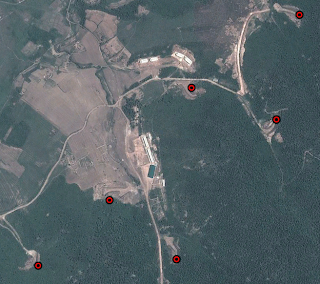 Based on the dates for the past imagery this entire project was built in less than a year. The location of this facility is less than 14 miles from Yeonpyeong Island, SK and less than 61 miles from Incheon International Airport and mainland South Korea.

This has been a rather unpleasant discovery.