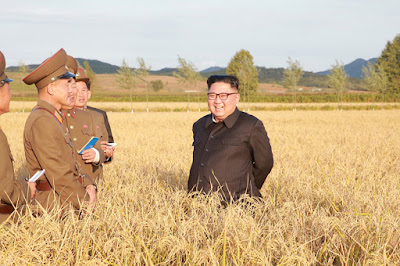 The Korean People's Army (KPA) Farm No. 1116 is a large, military-controlled collective farm on the southern outskirts of Pyongyang and adjacent to the Ryokpo winter palace.

The whole complex includes the main farm, a mushroom farm, and encloses the palace. Its perimeter length is approx. 16.5 km and the amount of cultivated land is around 368 hectares or 909 acres (including greenhouses). The primary farm is overseen by KPA Unit 810, while the mushroom farm is operated by KPA Unit 534. Based on their location, both units would be subordinate to the Pyongyang Defense Command.


(As usual, click on any image for a larger view.)

Map of farm with the 368 hectares of cultivated land highlighted. Excludes small plots of land each resident is allocated for personal use but includes greenhouses.

Based on a review of satellite imagery, the collective farm was established sometime between 2000 and 2006 with the construction of dozens of housing units and an administration building. 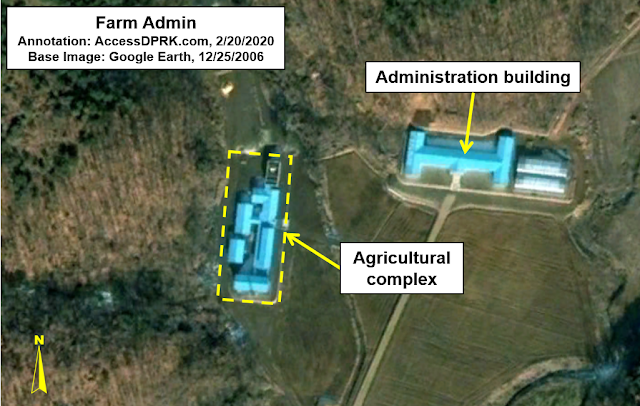 In 2011, this section was enlarged with the addition of another building by the agriculture-related complex. 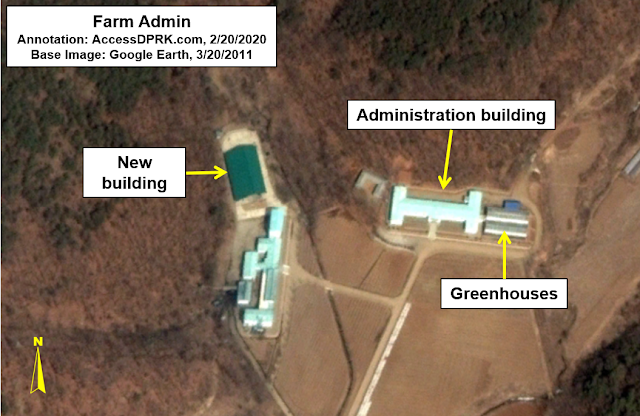 Beginning in 2017, the administrative building was demolished, and a new headquarters was constructed, complete with research facilities, a farm museum, enlarged greenhouses, and a small solar farm. Large, new greenhouses were also added nearby. 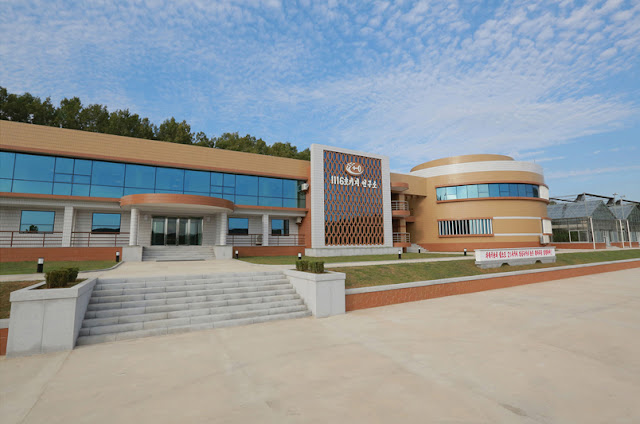 The monument site has been enlarged over the years. A monument first appears in 2011 (although it could have been erected any time between 2006 and 2011). The site was enlarged with the addition of a small building in 2013. The building was doubled in size in 2016, and the plaza was enlarged in 2019.

These changes are indicative of visits by leadership. These monuments and museums are dedicated to "On the Spot Guidance" given by Kim Il Sung, Kim Jong Il, or Kim Jong Un and can be found across the country. In the case of this farm, the monument and museum are for Kim Jong Un's multiple "field guidance" trips. Kim has visited at least once a year from 2013 onward. Since a monument was in place by 2011, it is likely that Kim Jong Il also paid the farm a visit at least once before his death. 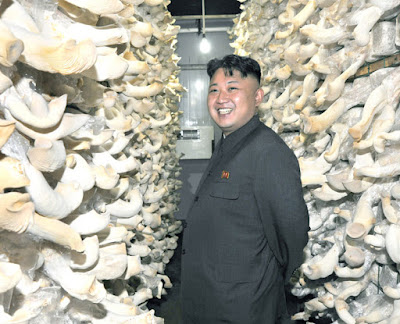 One other major addition to the farm was the construction of a mushroom farm ca. 2010.
The first satellite imagery of it is from 2011 but the site appears relatively new, so I am inclined to believe that it was built soon before. The farm was expanded in 2013 and is capable of year-round production. It has dedicated housing for its staff of all-female soldiers. 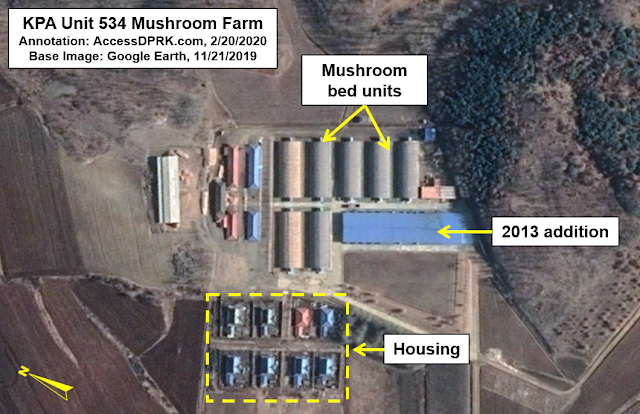 Military farms do more than just provide food for the army, they are a major source of foreign currency earnings. Everything from fish to mushrooms are farmed and then sold (or smuggled) to international markets, namely China. Pyongyang imports hundreds of millions of dollars' worth of luxury goods each year and legal trade doesn't provide the amount of cash needed. So, the government turns to the military to operate a secondary economy to bring in much needed funds.

The military also works with the "household staff" and leadership security units to provide enough supplies to furnish the food needed to supply multiple palaces and countless lavish parties each year. Evidence of this can also be found at this farm.

There is an animal farm (probably poultry, but it could be other animals) that has a direct road into the Ryokpo palace grounds. It was tripled in size in 2011. 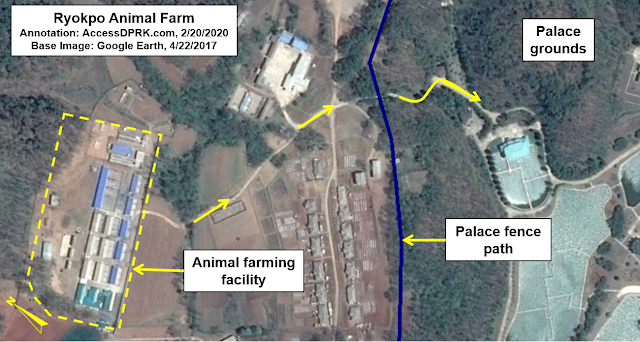