The town of Ichon, Kangwon Province is located a mere 20 miles from the DMZ, and 5 miles east of the town, new facilities have been popping up in the hills of the Kŏnsŏl-li valley. 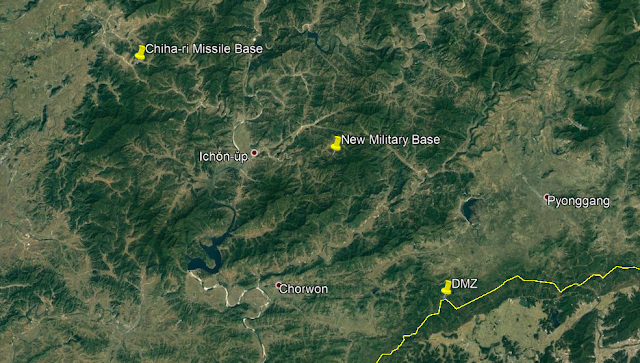 Based on open-source satellite imagery, construction began in 2015 and lasted until late 2017. It includes bunkers, storage sites, and housing facilities.

The below image shows the locations of all of the bunkers, storage sites, and some other features. 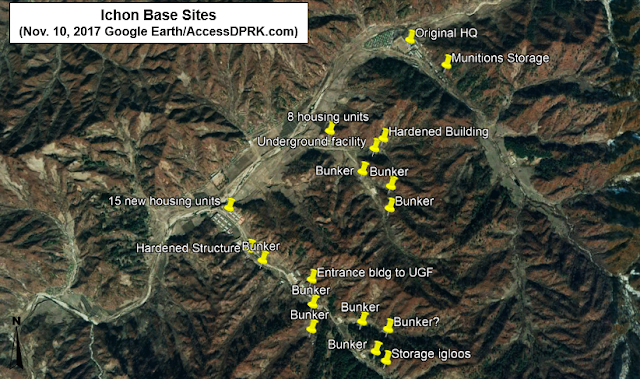 This military base is of brigade size and likely plays a role in the production and storage of various munitions. 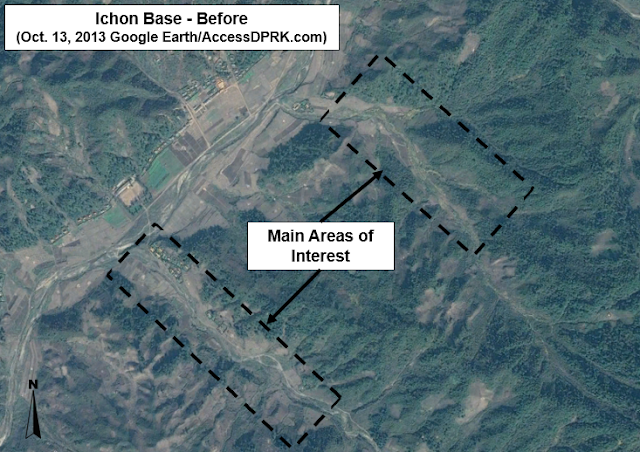 This 2013 image shows the two small valleys where most of the sites are located prior to any construction. 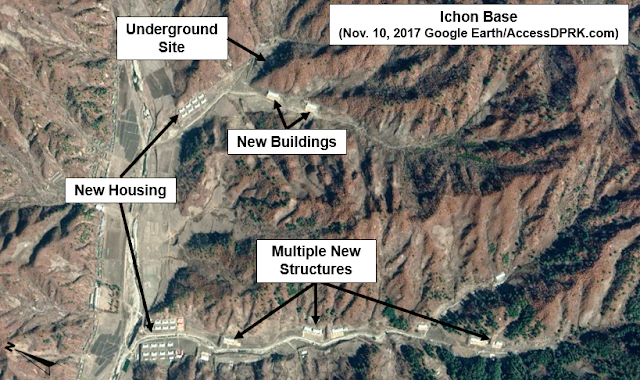 This 2017 image shows the area after construction, with multiple new buildings and 23 new housing units. 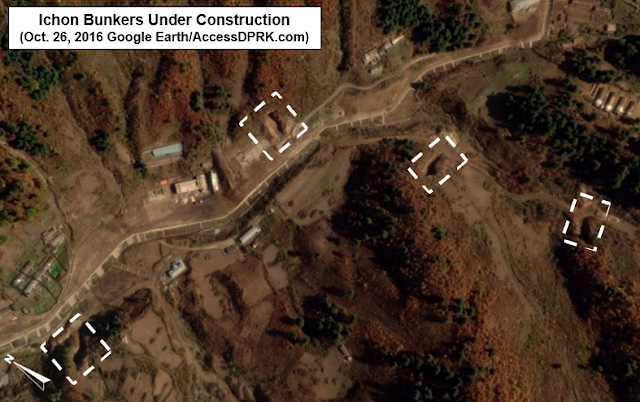 This 2016 image shows various bunkers under construction. The base has 8 (possibly 9) bunkers, two hardened structures, and at least one underground site. 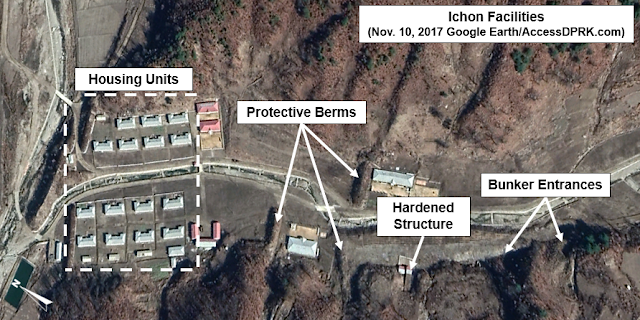 The existence of protective berms between many of the buildings, and the presence of storage facilities suggest that this base is used in the manufacture and/or development of ammunition. There is no apparent testing range, so it is unlikely that this is some kind of training base, which would also require ammunition storage.


This new addition may help support other military units in the area. Specific details about this site are sparse, however, it ties into the previous article I wrote on the continued growth of North Korea's conventional forces despite sanctions and talks of peace.