UPDATE: These have been confirmed as emergency parking positions for jets, since highways can be used as auxiliary airfields (and North Korea does have at least 14 official "emergency highway strips").


On the heels of Kim Jong-un suggesting that the country is very close to testing another ICBM, I've discovered three sites that could be used as dedicated mobile-missile-launcher pads.

These sites were constructed in 2016 and have the same general design.

The first and largest is near Kaesong and lies less than 10 miles (16 km) from the Demilitarized Zone with South Korea.

Located adjacent to the Pyongyang-Kaesong Highway, by the village of Haeson-ri, this site was under construction in March and had been completed by October 2016. 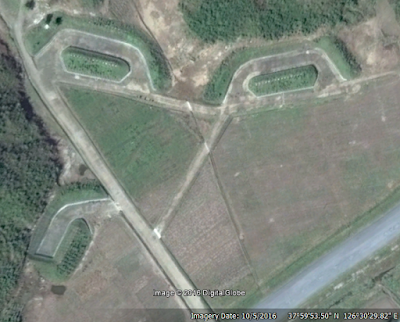 Each pad is 45 feet (14 meters) wide and the straight portion is 175 feet (53 meters) long. The area around it also contains numerous bunkers and tunnels. 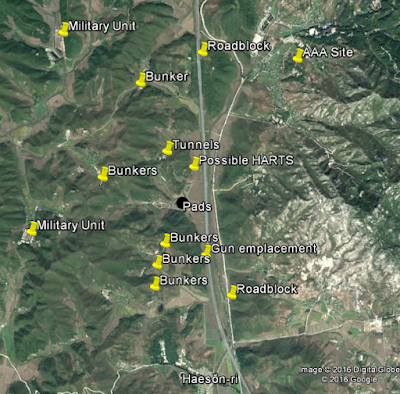 The second site is in Pyongsong, South Pyongan Province, which is 21 miles (34 km) north-northeast of the center of Pyongyang. 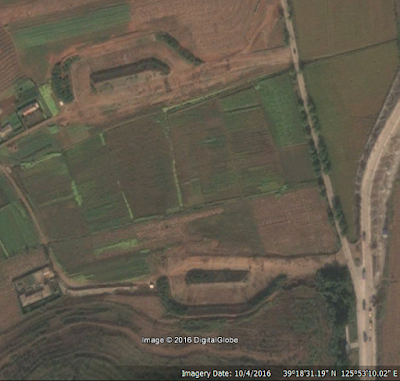 Just like the Kaesong site, this one is located adjacent to a main highway. In this case, National Highway 65. The area also has a high concentration of HARTS (Hardened ARTillery Sites), which are marked by the red dots. Several additional military facilities are also nearby. 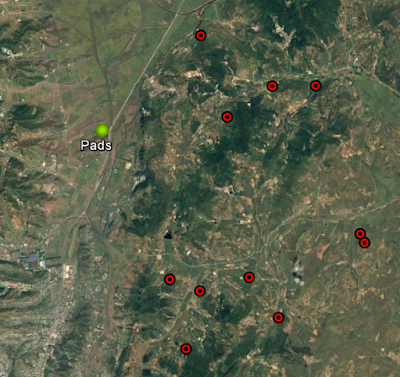 Lastly, the third site is similar in its size and the fact it's right off a highway, but its design is different. The primary difference is a lack of a central berm. This site is located near Sukchon, also on South Pyongan. 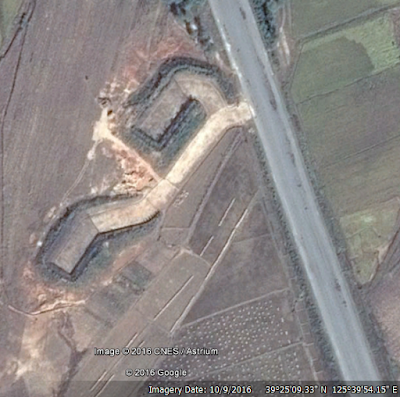 If these are indeed dedicated pads for launching missiles, it would be in line with North Korea's continued modernization and expansion of their offensive capabilities.