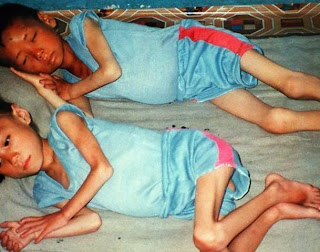 The North Korean famine began in 1994 and lasted 4 years. The famine occurred as a result of several external and internal factors, namely: the loss of the Soviet Union's support for their economy and a series of floods which destroyed valuable crops and farm land.

The USSR had been the closest of allies with the DPRK and the DPRK relied heavily on "friendly rates" for foodstuffs, fertilizer and fuel oil to support their economy. When the USSR collapsed the North Korean economy tanked and over the course of the 1990s their economy contracted by at least 50% and the floods in 1995 really pushed the famine into overdrive.

During those 4 years an estimated 1-3.5 million people died either as a direct result of starvation or illnesses related to starvation.[1][2] In North Korea this period is known as the "Arduous March" which was a reference to a propaganda story circulated in 1993. This propaganda campaign called on the people to summon up the strength and courage from the story "Arduous March" in which Kim Il-sung and his guerrilla fighters waged a heroic campaign against the Japanese, "fighting against thousands of enemies in 20 degrees below zero, braving through a heavy snowfall and starvation, the red flag fluttering in front of the rank." Part of the famine propaganda also included the "Let Us Eat Two Meals A Day!" campaign in an effort to preserve resources.[3]

The famine resulted in an entire generation having extremely high rates of stunted growth and mental retardation. The UN estimates that 1/3rd of North Korean children under 5 are malnourished today.[4] While the national famine itself has ended there are sporadic food shortages, flooding and regional famines which continues to this day.[5] Stories of cannibalism, including parents eating their children, surface every few months.[6]

As I discussed in a previous post, North Koreans tend to bury their dead in mounds. So I would like to expand upon that topic and show you a number of examples. There are two types of mounds found in North Korea; the large mound and the small mound.

Large mounds are often located in a well-maintained spot, either alone or with other mounds. They could be ancient mounds containing nobility or mounds for the elite and Korean War "martyrs." Here are some examples:

A single mound on a hillside. The white spot is a marker. (you can see 4-5 smaller mounds in this picture too) 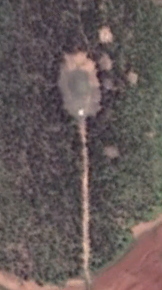 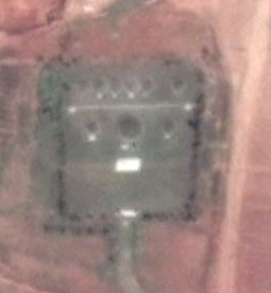 Most probably modern mounds of the elite/martyrs. 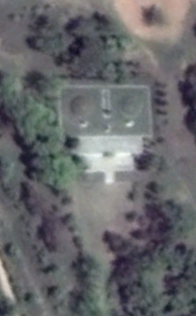 Next, a mound 'cemetery' with an anti-aircraft artillery site nearby. These mounds are located in a large city. 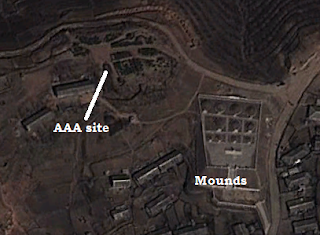 Now, here are the small mounds. Nearly every example you can find of these come from the famine period. It is basically impossible to not find them dotting hillsides, in the midst of farmland, and near just about any city, town and tiny village. A large number of people were also buried in mass graves. As you can see, these were placed anywhere there was a spot of unused land with little order. 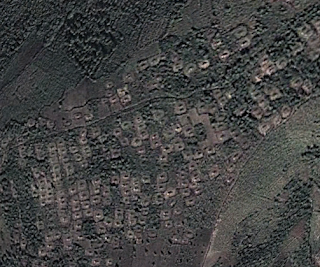 In the middle of farmland. 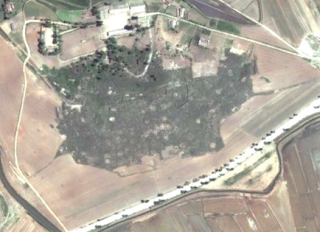 Here are 3 groups of mounds arranged in a rough triangular shape. I've circled them because they may not be very clear due to the image's lighting. I imagine that these were some of the first people to die and that the townspeople tried their best to put some care into their arrangement. As time went on, those who survived simply lacked the energy, time or resources to do more than a basic and quick burial.

These mounds are scattered along the ridges of low-lying hills which the village below has grown in and around. 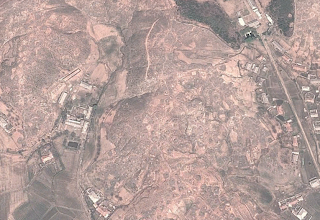 Finally, here is a large-view image of the locations I have found so far. I try to mark all of the "elite" mounds (purple arrows) because they are far fewer and may be of special cultural/historical importance (I have no way to find out). The white arrows mark large areas of "common" mounds. The shear abundance of the common mounds makes it impractical to mark them all, especially since they are easily found, so I only mark the largest groupings in a given area. 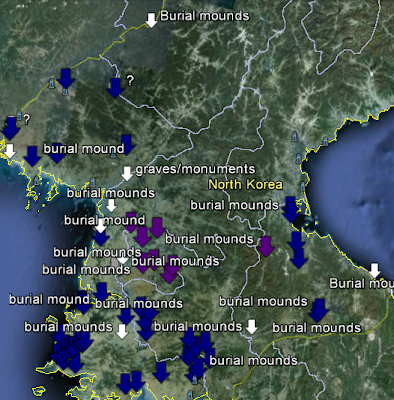