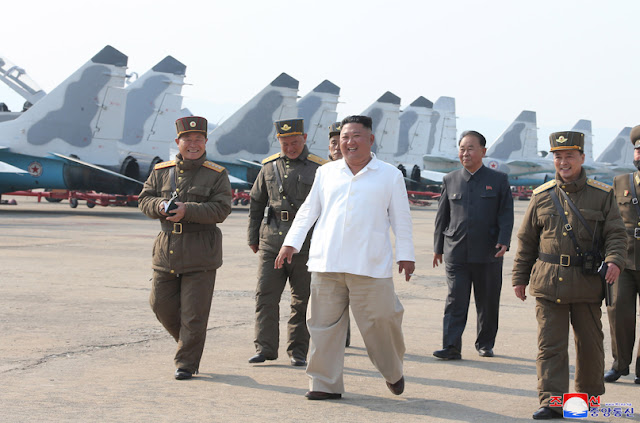 Kim Jong Un hasn't been seen in public since April 11. While the occasional absence isn't unusual, he missed the April 15 "Day of the Sun" holiday for the first time ever. The Day of the Sun celebrates the birth of his grandfather, Kim Il Sung, who founded the state. It's a very important holiday in North Korea and his lack of attendance sent the worldwide rumor mill into motion. Each day since has only added confusion and intensified the mystery.

Does he have coronavirus? Did he have a heart attack? Is being held hostage as his sister or uncle orchestrate a coup with the help of powerful generals? Maybe he's just tired of being in the spotlight all the time and needs a break? Or perhaps he was injured by flying shrapnel during an artillery exercise?

The speculation surrounding his health began in earnest when the DailyNK published a report based on a single unnamed source that claimed Kim had undergone a heart procedure at a special hospital based in Hyangsan and is recuperating.

Within about 48 hours, even reputable media descended into saying he was gravely ill or brain dead, and that a crisis was about to unfold. None of that, absolutely none of it, was supported by the initial report. Since then, some have even gone so far as to claim he's actually dead. And the usual suspects like Gordon Chang have jumped at the opportunity to stir the pot.

North Korea is already a very opaque state and they are not in the habit of publicly discussing the health of their supreme leader. Why should they? It would only invite internal dissent, discredit the idea that the Kim's are somehow special humans, and could court disaster from both within and without. So there has been no direct reference to either his health or whereabouts by state media.

With some notable exceptions, the international press has generally not made things any clearer. Their instance on speculation and running with the most sensationalist headlines has only served to make the waters more murky and caused many people a lot of unnecessary stress, as they add concerns over "lose nukes" to the already considerable stress caused by the global pandemic.

So what, exactly, are the facts? What do we know or at least what is most probable given the evidence?

Two weeks after his disappearance from public view, both the United States and South Korea have made claims that Kim is indeed alive and that he is staying at his seaside palace in Wonsan.

The general consensus of more rational media sources, unnamed officials, and official statements paints this picture: sometime in April Kim had a medical procedure and has since been resting in Wonsan.

Even the unverified claim that a Chinese medical delegation was sent in to help isn't unusual. From Muammar Gadaffi to Kim Jong Il, dictators with limited access to advanced medical equipment and expertise often seek the aid of foreign doctors. Indeed, Kim Jong Un was seen by a French doctor in 2014.

When it comes to what we know (or is most probable), that's basically it.

Lending support to that picture is the fact that commercial satellite imagery has shown one of Kim's armored trains parked at Wonsan since at least April 21. This also makes sense because in the original report from DailyNK, they said he had been recovering at a villa near Pyongyang immediately after surgery. After spending a week or so at that villa, he may be feeling well enough to venture to his favorite home.

Wonsan is not just the best equipped seaside residence in North Korea, it happens to be the place where Kim spent much of his youth outside of Pyongyang and Switzerland.

However, that alone is not conclusive evidence of anything as Kim is said to have at least three trains. His movements are always tightly guarded, and a second train will be used as decoy to help obfuscate his real movements (something he learned from his father). However, lending more credibility to the idea that he's in Wonsan comes from a report which cites an unnamed US official who said that Kim was spotted (via US reconnaissance aircraft) walking outside between April 15 and 20.

Additionally, Moon Chung-in, adviser to the South Korean president, has said that the official position of the ROK government is that Kim is "alive and well". As recently as April 27, President Trump has said that he knows the status of Kim and did not give any indication that he was dead or no longer able to govern the country.

It's important to remember that this is not the first time Kim has gone missing. He disappeared for about six weeks in 2014 after having an apparent procedure done on his ankle.

Kim Jong Un isn't the best example of health. Although he is only 36 years old, he is morbidly obese and is a heavy smoker. Adding to that is a family history of cardiovascular disease and stroke. So it's perfectly understandable for people to wonder about his health. What isn't normal is for journalists to gleefully speculate about his current condition as though it were fact.

There is nothing in any valid public source that would indicate anything more than he is in recovery.

And while I am personally content to read the tea leaves and wait until he shows back up (his dad went missing for nearly two months after his stroke), I am also getting tired of seeing extravagant speculation and rumor spreading. It may have made April slightly more exciting as I (like many of us) sit at home, forbidden to visit favorite restaurants or friends, but it has also consumed an inordinate amount of time to tamp down wild theories.

This is a view I believe I share with many other analysts. Yes, we're all very curious, but one can only say for certain what one knows. And the only ones who know much of anything right now are Kim Jong Un and his associates.

Dead or alive, it's only a matter of time before we know the facts. Turning what could be a simple heart procedure into a sordid dynastic succession struggle between Kim, his sister, and his uncle may make people click on links, but it does little to advance the cause of truth and violates the trust media, analysts, and other experts are supposed to engender.