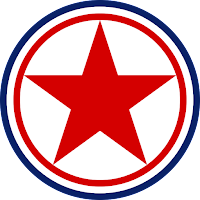 Situated in the town of Chunghwa, south of Pyongyang, North Korea's air force headquarters is located at the "Air Defense and Combat Command" (from here on abbreviated KPAF HQ). From here, over 110,000 personnel, 1,700 aircraft, and 37 key bases (along with less important ones) are overseen by a headquarter complex that is nestled within a range of low hills.

Little is directly known about the complex, but based on Landsat/Copernicus satellite imagery, we can determine that the headquarters has been in this location since at least 1984. Unfortunately, the image resolution is very low but you can still make out lighter colored man-made structures against the darker, tree-covered hills. 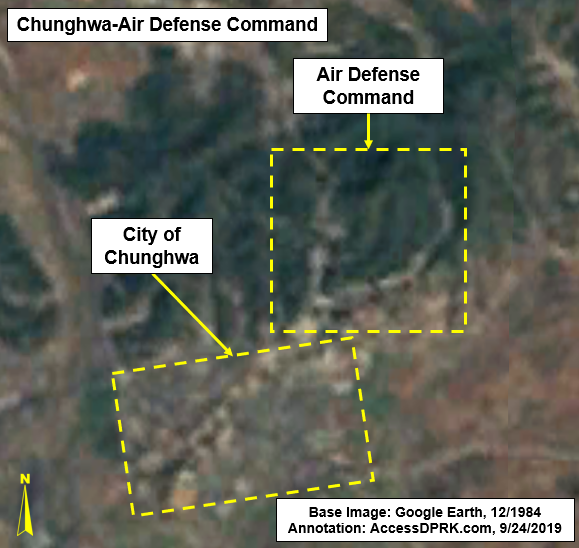 
Within the divisions include associated forces like airborne (which has at least seven training bases) and reconnaissance. The KPAF has also had a drone (UAV) program since the 1970s.
The use of drones continues to be of concern to South Korean and Allied forces, particularly after multiple sightings of North Korean UAVs and incursions into the DMZ and ROK airspace. Small UAVs flying at under 500 feet are capable of avoiding most radar and air defense systems, leaving South Korea vulnerable to the asymmetric capabilities that UAVs bring to the battlespace.

The first clear look at KPAF HQ comes from imagery dated November 2006. (Click on any image for a larger view.) 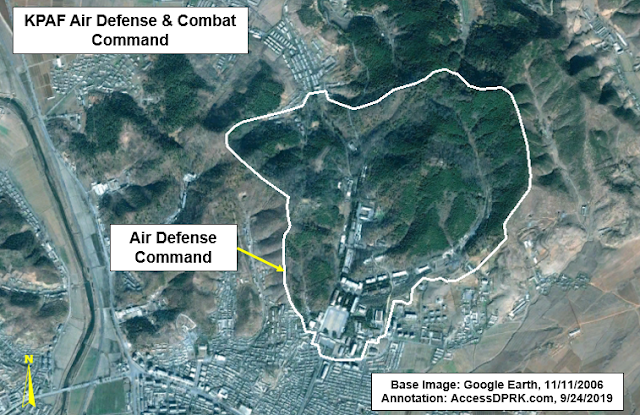 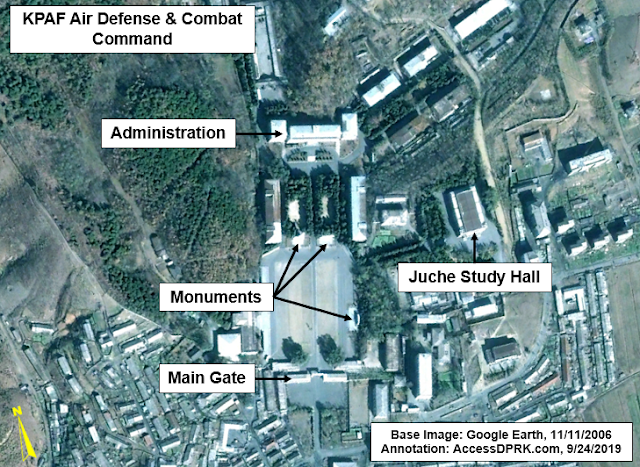 The eastern quadrant of the base holds storage bunkers and a possible underground entrance. There is also an old hardened artillery site just outside of the base's perimeter. 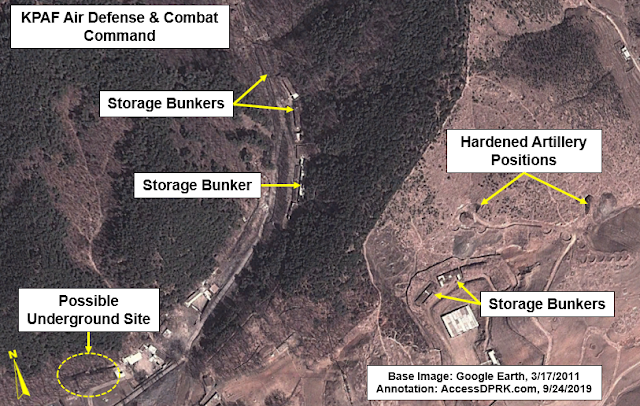 Between 2012 and 2013 a new building was constructed next to the Juche Study Hall. It's likely a gymnasium due to the recreational sports fields next to it. A crisp image of the building can be seen on October 26, 2015. 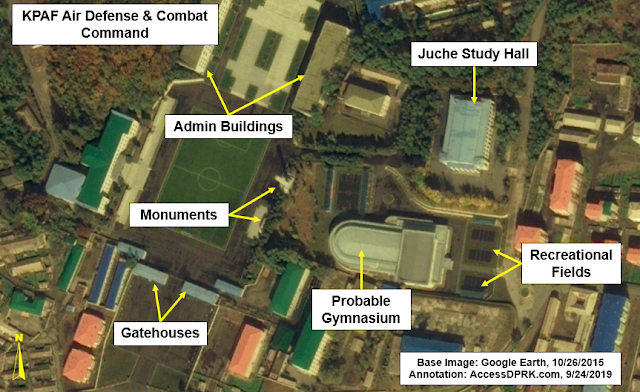 Since 2006, thirteen buildings have been constructed within the complex. 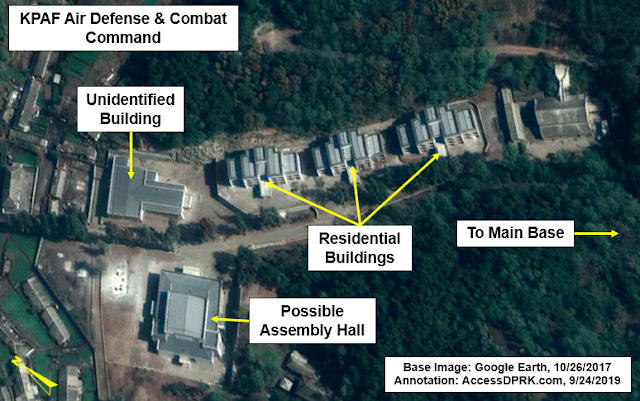 Construction of the newest buildings began in 2017. They lie at the rear of the base (due north), and include three, three-story residential buildings, a possible new assembly building, and another large building with an unidentified purpose. These buildings are in the same area as an underground entrance which itself saw construction work in 2011. 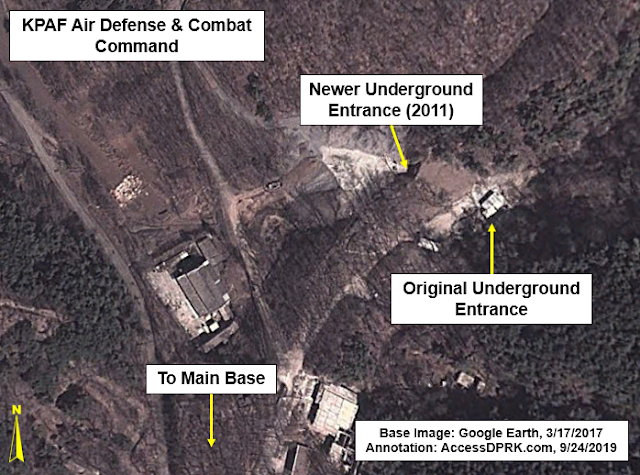 The underground site could be part of building an underground command center but there's no real way to know what the current purpose of it is or its status.

The regime has been placing a lot of effort into modernizing its conventional forces as well as its nuclear program. Today's KPAF HQ is a much different place than it was in 2006, with most of the changes happening under Kim Jong Un. 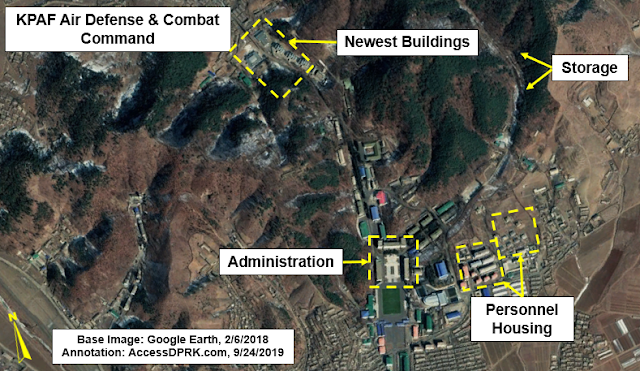 Despite having a dated air fleet, Pyongyang is creating indigenous air defense systems, they are working on ways to avoid sanctions on fuel, and they are trying to computerize as much as possible. This means that a modern headquarters is needed to oversee an adequate defense structure while also maintaining their abilities to carry out offensive war plans should they determine the time has come.


I want to give a quick shout out to my Patreon supporters: Kbechs87, GreatPoppo, and Planefag.