The Evolution of Kim's Underground Airbase 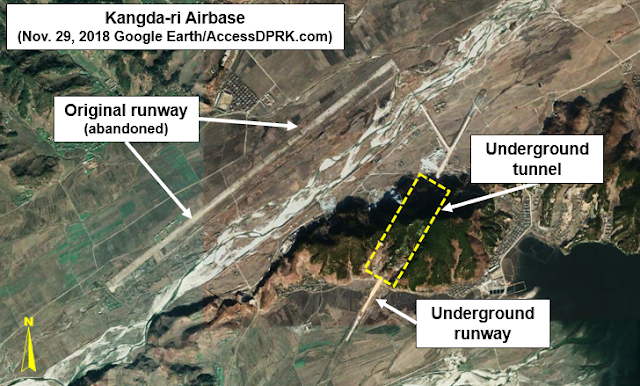 There are 20 air bases and one heliport with underground facilities within North Korea, however, one of those air bases stands out from the rest. While the others simply have maintenance taxiways that take aircraft away from the main runway and to underground facilities for their maintenance, resupply, and general protection, the air base at Kangda-ri (near Anbyon) actually has a runway that goes completely through a mountain. It is one of only two of its kind in the country (the other being Onchon, S. Pyongyang).

Kangda-ri has existed since at least 1984 based on Landsat images. At the time, it was just a simple dirt runway with the mountain some 500 meters off to the east. Basic work on the secondary runway which goes through the mountain appears to have began around 1997-98. Work soon stalled but was restarted in 2000. Additional work occurred in 2009-2010 and since then, almost nothing. However, imagery from late 2018 shows that new work has commenced. 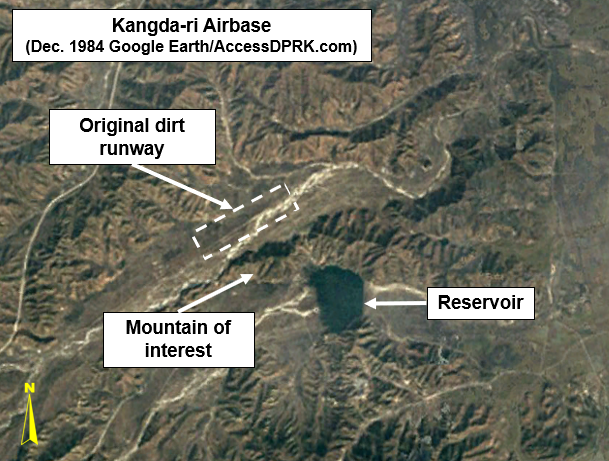 1984 satellite image of Kangda-ri. The small dirt runway is barely identifiable as a thin line running parallel to the river. 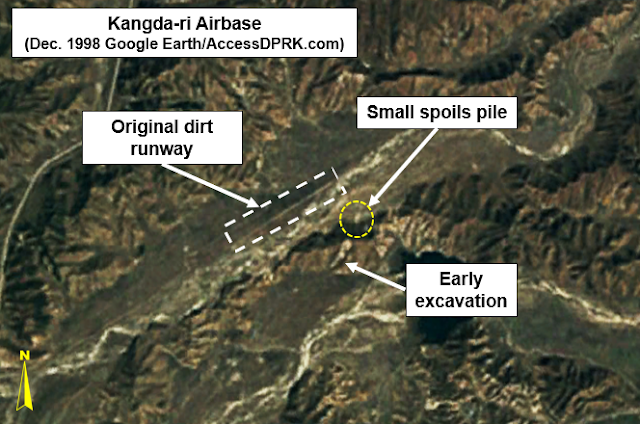 By 1998, clear evidence of tunneling work under the mountain can be seen. 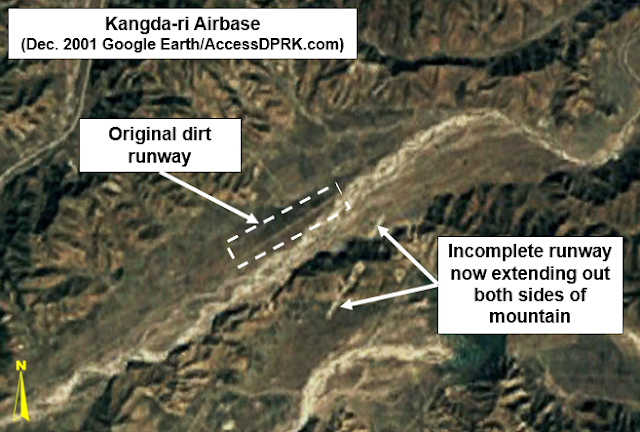 By 2001, the main tunnel through the mountain has been cut and the runway is beginning to extend out both sides of the mountain.

Imagery from 2002 is of high enough resolution to show detailed construction work. 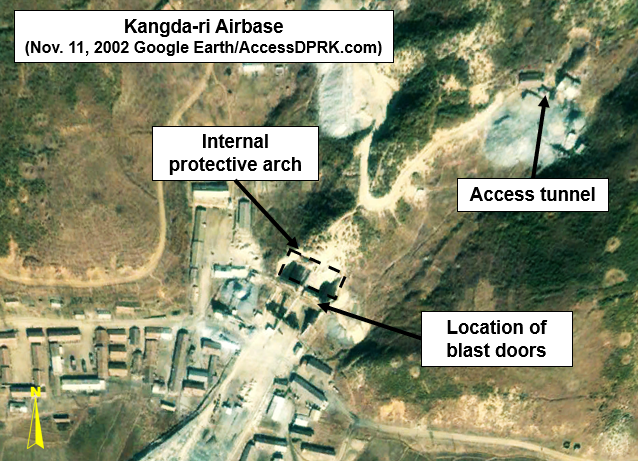 This image shows two main features. First, that blast doors were installed. These will, theoretically, protect the tunnel from attack. The second is that the tunnel employs a very clever but simple design: having two ceilings. The first ceiling is simply the exposed stone of the tunnel, the second is a separate concrete arch. This "tunnel within a tunnel" acts as a shield and protects whatever is inside the tunnel from debris and small collapses of the outer stone tunnel should the mountain be bombed. This type of design was employed by the Nazis to protect key naval and missile facilities and has been used by other nations, like the US in the construction of Cheyenne Mountain.

The original runway was then upgraded in 2009-10 to a larger paved runway. 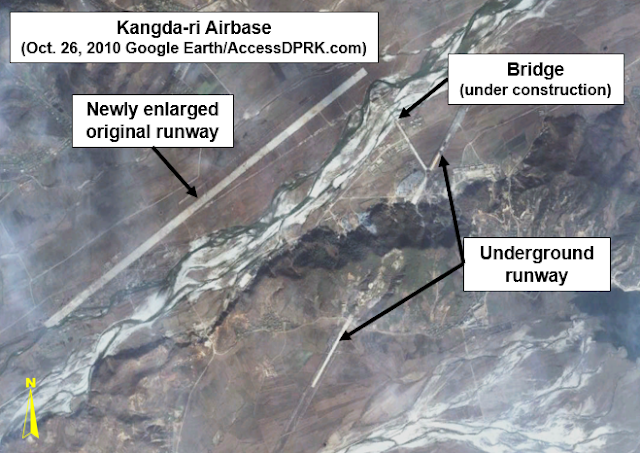 Construction work on a bridge and road to connect the two runways actually began sometime before 2007 but was never completed. Additionally, it seems that this larger runway was abandoned as it has been overgrown and repeatedly flooded. Minor activity of various kinds can be seen between 2010 and 2017 at the underground site, but no further substantial work happened until 2018. 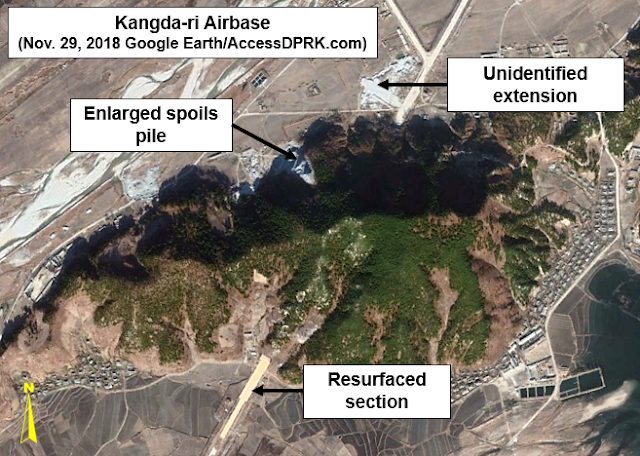 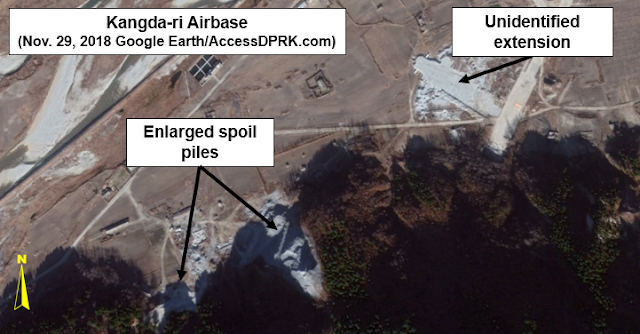 The current dimensions of the extension is approx. 455 feet long and between 75 and 105 feet wide (depending on the section measured). There's no way to know what it's for at this point and based on the mind-numbing slow pace of work here, we may not know for a very long time, if the place is ever even finished. However, the fact the regime has continued to expend resources here across two generations of leadership shows that the site retains some level of importance.

The exact purpose of Kangda-ri is unknown, although we do know that it is part of the 2nd Air Combat Division (HQ at Toksan).
According to Joshua Stanton over at Free Korea, the underground runway is both too short and not wide enough for fighter jets. But, the Anbyon region is suspected to hold a major chemical weapons storage facility, so perhaps the smaller runway is supposed to be part of loading and transport. Smaller aircraft can then be lined up and taxi to the main runway (should the bridge ever be completed) where they can take the weapons to any other part of the country when needed. At this point, it's all conjecture.