North Korea is the only country to have tested nuclear weapons since 1998, when India and Pakistan both held their final underground tests, and all of North Korea's six nuclear tests have been carried out underground at the Punggye-ri Nuclear Test Site beneath Mantap Mountain (which is adjacent to the Hwasong Concentration Camp). 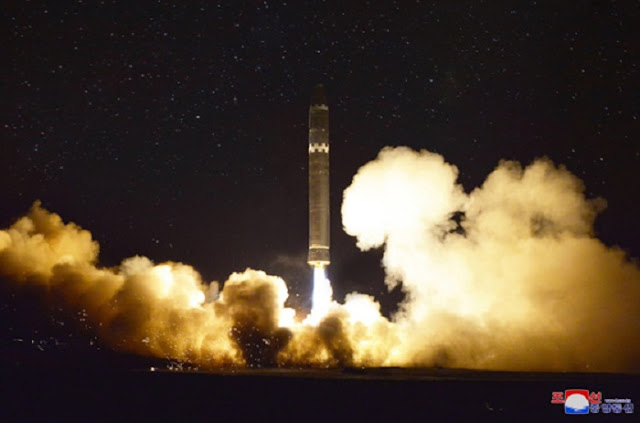 The firing of the Hwasong-15 Intercontinental Ballistic Missile (ICBM) on Nov. 28, 2017. Image from Rodong Sinmun.

Under Kim Jong Un, North Korea's nuclear and ballistic missile programs have become incredibly advanced and the speed of their accomplishments have often taken analysts by surprise. The development of these systems has occurred under the "two-track" or byungjin philosophy which seeks to develop the country's nuclear program and domestic economy in parallel. While their economy creeks along, it is becoming apparent that their nuclear and ballistic missile programs have been able to become largely self-sufficient and are produced with indigenous materials and technology.

The September 2017 nuclear test was their largest test by far with a yield estimated to have been between 100 and 250 kilotons, which places it several times larger than the atomic bombs dropped on Japan during World War II. Furthermore, it is possible that the tested device was a hydrogen bomb and that the warhead could have a variable yield, allowing North Korea to "dial" up or down the warhead's power.

On the ballistic front, their November 2017 test of the Hwasong-15 ICBM showed that they could theoretically hit any part of the United States (and a majority of the rest of the world). While questions remain about the missile's ability to survive reentry, there is no doubt that this is a huge step forward. Its size, range, and changes to the reentry vehicle over the Hwasong-14, all point to a program that is rapidly nearing completion.


At this point you may be asking what all of this has to do with the title? In October 2017, North Korea's Foreign Minister, Ri Yong Ho, said that Kim Jong Un was committed to testing a nuclear weapon in the atmosphere. And rumors of such a test have been heard prior to this statement, too. Atmospheric nuclear testing was last carried out in 1980, by China. The US, Soviet Union, and UK each ended their atmospheric testing in 1963 with the signing of the Partial Test Ban Treaty (PTBT). 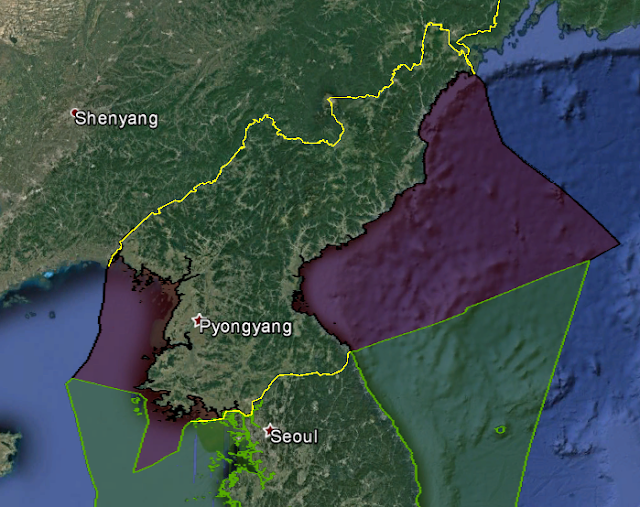 The purpose of such a test would be, ostensibly, to prove their ability to attach a nuclear warhead to a missile and then to fire it off toward the sea and have it detonate - demonstrating they are indeed a fully capable nuclear weapons state. Any test would have to be carried out within the limits of North Korea's territorial waters, or at a maximum, its exclusive economic zone. Firing a nuclear missile outside of their EEZ would trigger a major world crisis the likes of which hasn't been seen since the Korean War.
Of course such a test (regardless of whether or not it occurred within their own territory) would likely permanently alter regional relations, could easily drive China out of whatever remaining alliance with the DPRK they have, spur Japan into full-on re-militarization, and could even lead to an attack on the North by either South Korea or the US. It's also highly unlikely that the US would sit idly by and watch as North Korea mounted a nuke onto a missile and fire it. So the chances of an atmospheric test are rather low in my estimation.

Beyond the geopolitical implications, the environmental impact would also undo progress toward addressing the radioactive genie that was released after the Trinity Test in 1945.

Atmospheric testing releases huge amounts of radiation into the environment. A 2013 study that looked at atmospheric radiocarbon showed that 2010 levels were at their lowest since the late 1950s, with the PTBT being the seminal moment when radiocarbon rates began to sharply decline. 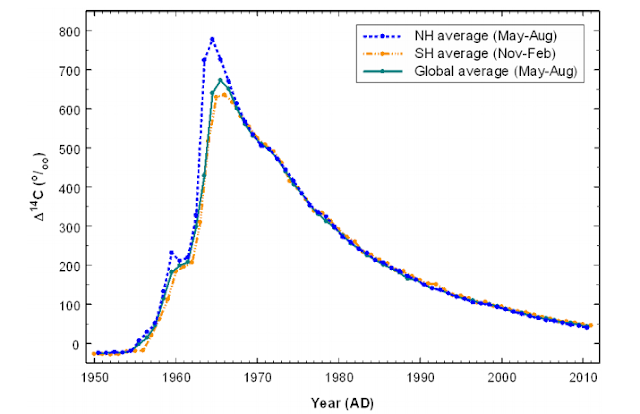 Above ground tests (atmospheric or otherwise) also release large amounts of radioactive Iodine, Strontium, Uranium (obviously), Caesium, Xenon, and other radionuclides. The half-lives of these materials range from a few hours (as in the case of Xenon) to hundreds of years and longer. Above ground testing can throw radioactive particles as high as 50 miles into the atmosphere where they will then be carried by the winds for many miles (with minute amounts traveling the globe) until they eventually settle back down to the ground and sea where they will continue to release radiation for years to come. Local radioactive fallout can extend in a plum easily over 100 miles long, placing each regional nation at risk of receiving fallout depending on the specifics of the test and weather conditions at the time.


All of these risks - the overt threats to South Korea, Japan, and the US, the dangers of spreading fallout over Chinese or Russian territory, etc. - are why I hold strong doubts that North Korea would ever conduct an above ground test. However, while thinking on the subject, I also considered what ground locations may exist that North Korea could use to conduct an old-school non-atmospheric above ground test.

Analysts have determined that the Punggye-ri test site may have experienced tremendous damage, particularly as a result of the latest test. While activity at other tunnels around the site has been seen, continued nuclear testing greatly raises the risk of a major collapse and release of radioactive materials. So the next best thing may be an above ground test. 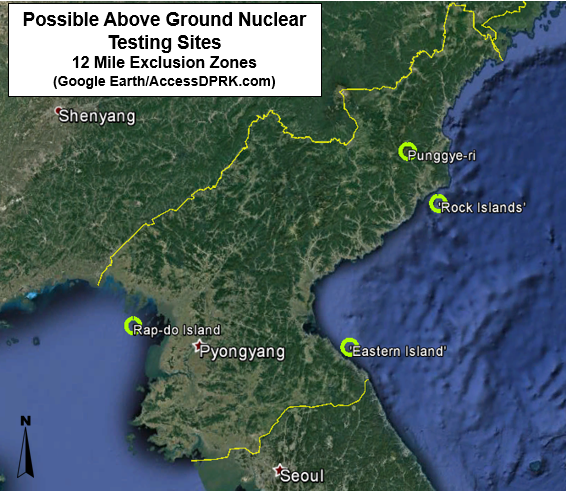 Possible suitable locations for an above ground nuclear test.

I searched for the criterion of a 12-mile diameter circle (an "exclusion zone") that didn't overlap with any populated areas or, in the case of islands, that didn't overlap another island group or cross onto the mainland, and that wasn't too close to China or Russia. I was able to locate four such places. Three of which are islands/group of islets, and one is the Punggye-ri site itself. Punggye-ri is isolated enough that there are no cities or towns within the 12-mile circle and the nearby concentration camp (with its thousands of prisoners) would partially be protected from the immediate radioactive fallout effects by the mountain itself.

The other three sites are far enough away from the coast and any populated islands that the civilian population would be safe from the actual blast of a nuclear device, so long as it wasn't too large. These sites also have the added benefit of being within North Korea's internationally accepted territorial claims, which would give Pyongyang some degree of diplomatic cover.

We can only wait and see if Kim Jong Un thinks it's worthwhile to set off a nuclear device in the open, be it fired from a missile into the sea, set off on an island, or even detonated in the ocean from a barge, but one thing we can be sure of is now that he has a bomb and a missile, he won't be giving them up for cheap.