When North Korea isn't firing intermediate and long-range intercontinental ballistic missiles (ICBMs) from highways and hidden factories, they're firing hellish amounts of smaller artillery. For the past several years, some of the recipients of these displays of military might have been two small islands off the coast of Wonsan.

The islands of So (So-do) and Hwangto (Hwangto-do) have been pummeled multiple times. Most recently in April and August 2017, December 2016, and March 2016. This video, originally from the Korean Central News Agency, discusses the August drills and shows images of the islands.

Both islands lie off the Kalma Peninsula, which is where the Kalma Airport is located (North Korea's recently modernized airport). Kalma is also the site of two rocket launch pads and has seen at least one failed rocket test. 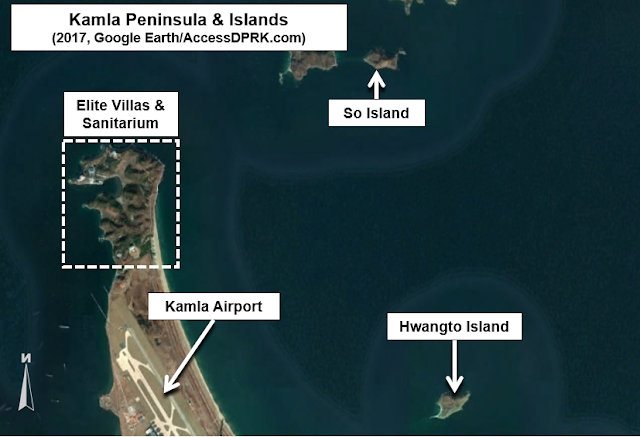 Without further ado, here are the island martyrs.

So Island has a more recent history. Prior to 2014, the island appears to have served as a small outpost, perhaps for local fisherman. It contained a few buildings on the western side, and the rest was left alone. The buildings were demolished in late 2014. 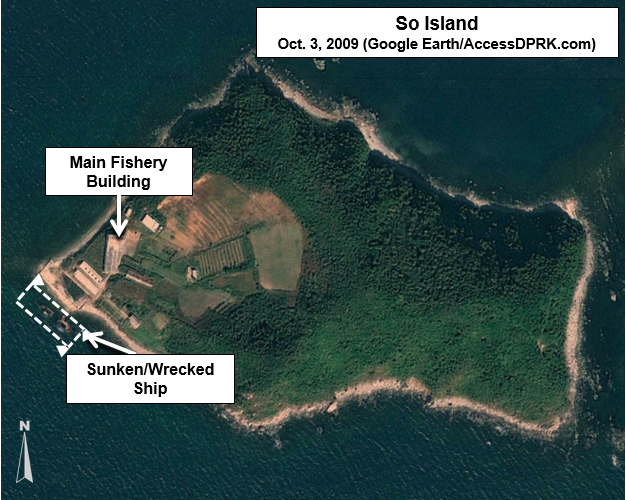 So Island is a mere 460 meters by 293 meters at its widest points. As noted earlier, So Island was the target of an artillery drill in December 2016. The image below shows the results of that barrage. 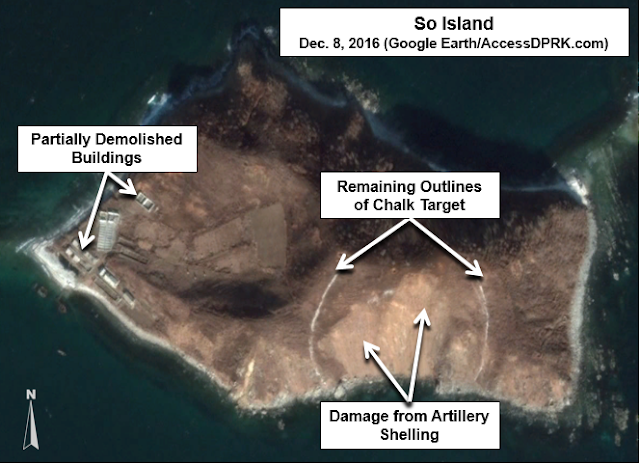 This is a picture from the Korean Central News Agency showing the island being hit during the 2017 drill. The large island seen the background is Sin-do. 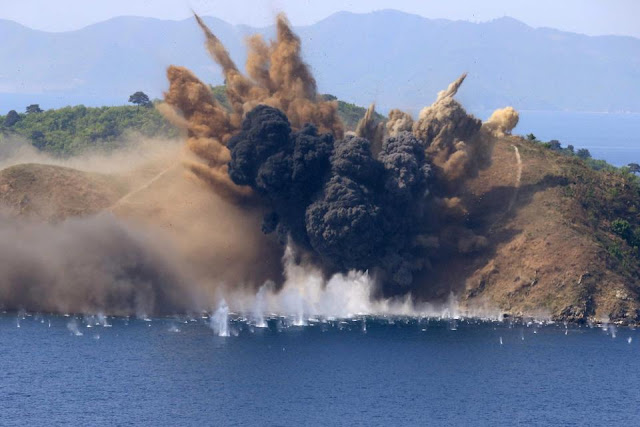 Next is Hwangto Island, which has a longer history of being a bombardment target. 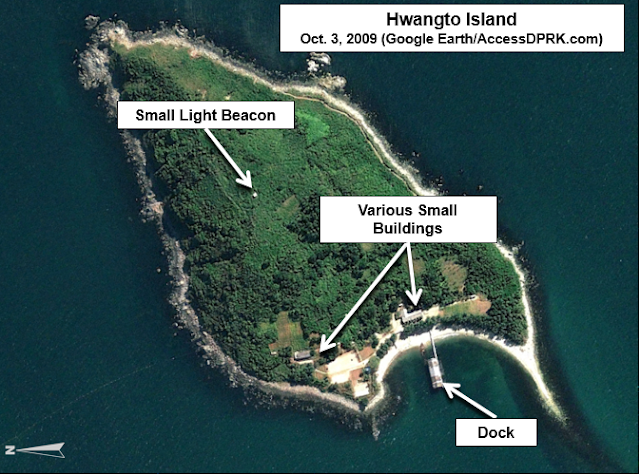 Hwangto is slightly larger than So at 587 meters by 295 meters. In the image below, shelling damage can be seen from a drill that occurred not too long before May 17, 2011. There is also a small building that has been demolished. 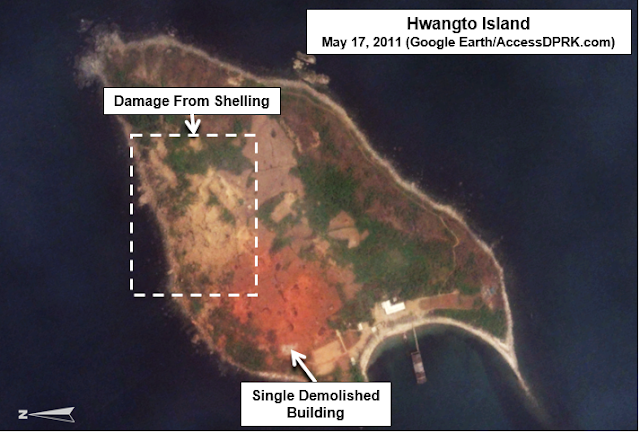 On both islands, the structures seem to have been manually demolished rather than destroyed as a result of artillery.

The above image shows the various prepared firing positions along the beach at Kalma. These sites are angled to line up with the the target on Hwangto Island.

In this KCTV picture from April 2017, the firepower displayed is rather impressive. An estimated 400 pieces of artillery were used. 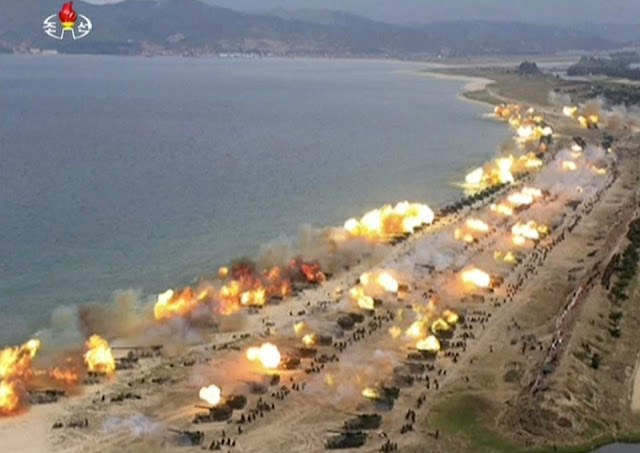 The below image is the most recent on Google Earth. Dated Dec. 8, 2016, you can see the damage done from additional artillery drills as well as a new target. That target was used during the April 2017 drill. 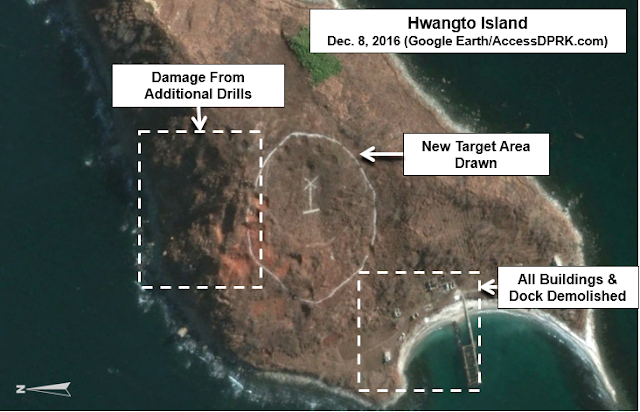 Thanks to the support of OpenDPRK, I can now show you the results of this recent onslaught. 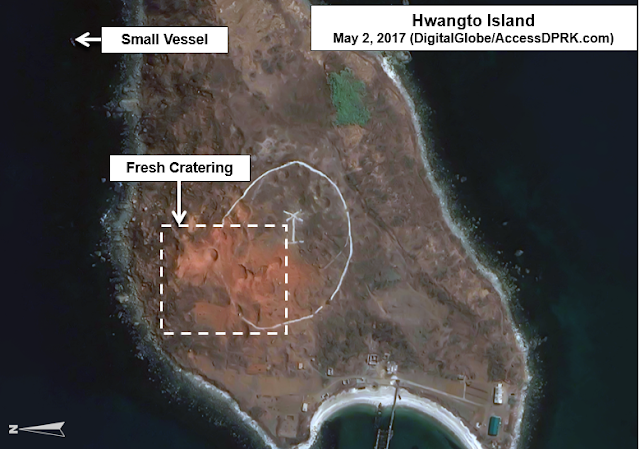 The largest craters are 10-13 meters in diameter.

These displays of might happen a few times each year and usually coincide with major holidays or as a response to US-ROK drills.

I wonder how many more artillery drills it will take before the cliffs at So Island collapse?